Why Did Arizona Republican Governor Ducey Sign Off on Biden Win in Arizona with So Many Unanswered Election Questions? 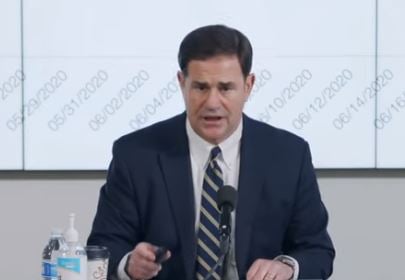 In a surprising act, Arizona Republican Governor Doug Ducey signed off on the 2020 Election results giving the election to Joe Biden despite tons of evidence of fraudulent acts and results.

The question remains, why did he do this?

In late November, Governor Ducey signed off on the 2020 Election results in Arizona ignoring the pages and pages of evidence supplied by the Trump team in a presentation to members of the legislature in Arizona.  President Trump let him have it:

After Ducey’s act, the country asked ‘Why would the Republican Governor of Arizona certify the state’s results knowing there was ample evidence of abuse in the process and results in the state’?  Yes, it could have been due to the fact he disliked President Trump but that’s a far-fetched conclusion.   That wouldn’t lead someone to do what he did.  There must be something more.

One concerning report that we uncovered about Ducey is that his family in Ohio appears to have had connections to organized crime.

In a Special Report in the Phoenix New Times in 2014, the authors laid out the near century-old connections between Ducey’s family and organized crime.  They wrote:

This year, in a campaign he helped bankroll with $3 million of his own fortune, he emerged victorious from a six-way Republican primary for governor, with a 37 percent plurality.

But the all-American image Ducey projects, one which helped him win the primary and may help him win the general election, belies a family tree that includes two generations of his mother’s family’s involvement in organized crime.

That said, New Times and The Center for Investigative Reporting discovered no evidence that Ducey ever profited from the activities of his involved maternal relatives — or that the GOP candidate engaged in any criminal activity.

According to newspaper accounts and public records from various court and congressional hearings, four of Ducey’s relatives in an Italian-American family called Scott (anglicized from Scotti) were involved in illegal gambling in Ohio.

The article goes on and on about connections between the Ducey family and organized crime.

Another individual in the Arizona area claims to have information between the Mexican drug cartels and politicians in Arizona.  Certainly, the cartels would like to have an open border to transport their drugs into the US and they weren’t getting it with President Trump in office.

Back in 2019, we reported on tweets by Jeffrey Peterson who claimed to have knowledge of Democrat ties to drug cartels in Mexico. 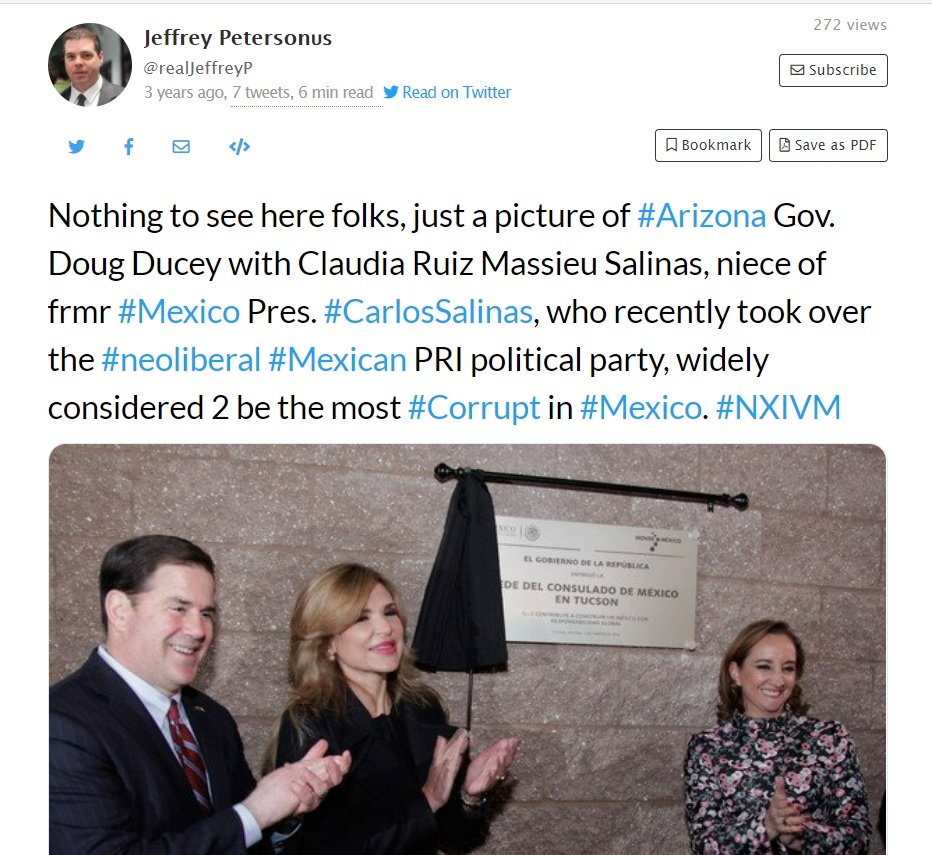 In a follow-up tweet, Peterson shared Ducey chatting with a suspected key person in the Arizona mafia.

Of course, this does not prove anything.  Politicians take photos with thousands of supporters.  It is interesting. 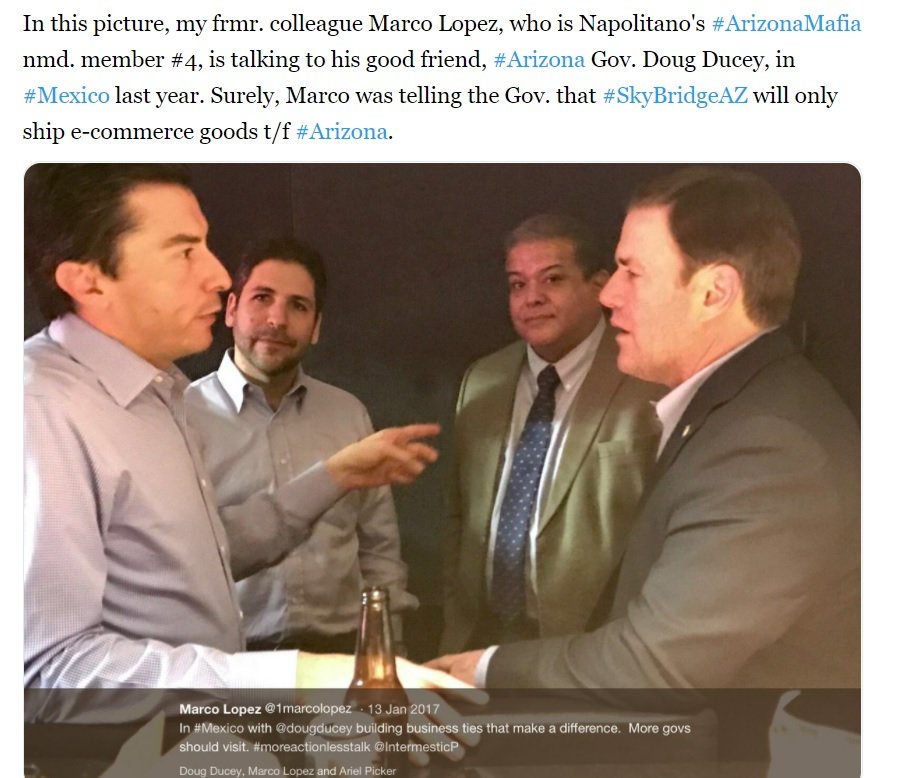 Perhaps there is nothing to see here.  We don’t know.  We also don’t know why Ducey signed off on an election fraught with questions about its legitimacy.