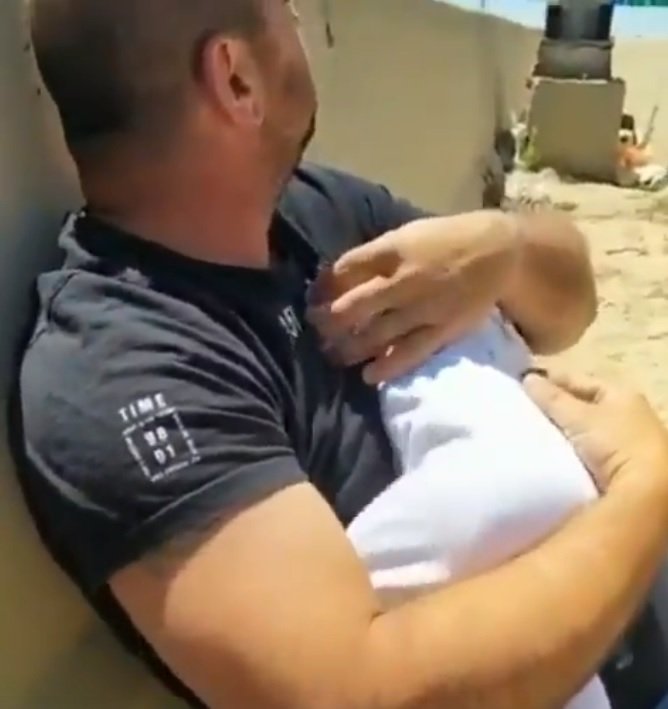 As Hamas continues its bombing of Israel, the people in the tiny nation seek shelter to protect themselves and their families from the blasts.

Since the fighting began last week, the Israeli military has launched hundreds of airstrikes it says are targeting Hamas’ militant infrastructure, while Palestinian militants have fired more than 3,400 rockets from civilian areas in Gaza at civilian targets in Israel.

The latest attack from Gaza on Tuesday hit a packaging plant in a region bordering the territory. In addition to the two people killed, who were in their 30s, Israel’s Magen David Adom rescue service said it transported another seven wounded people to the hospital.

Israeli Defense Forces released this video showing how dangerous it is in Israel right now with bombs coming at the tiny country at any moment.

In a tweet released by the Israeli Defense Forces, a father and mother try to protect themselves as Hamas missiles are shot down overhead.

Put yourself in this father’s shoes.

You’re driving with your newborn baby. Suddenly, you find yourself under rocket fire.

As rockets explode, your only thought is: keep your baby safe.

The IDF will continue to fight against Hamas to protect Israeli civilians. pic.twitter.com/ctBA0T0y0a

This never happened under President Trump’s watch.  Please pray for those suffering today.