During the hearing the Cyber Ninja auditor Ben Cotton announced their team had recovered the deleted files from the voting machines.

Here is the video of Ben Cotton announcing the Cyber Ninjas had recovered the deleted database directory.
The audit team the media mocked for weeks recovered the missing directory. 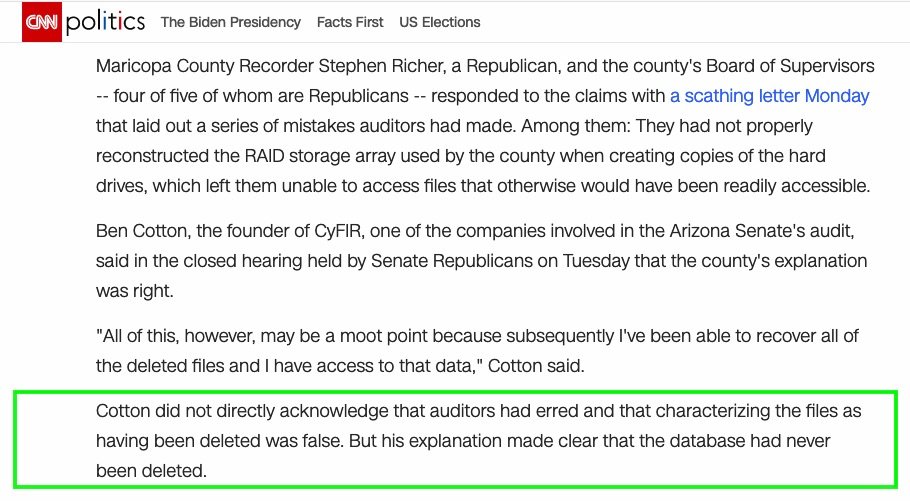 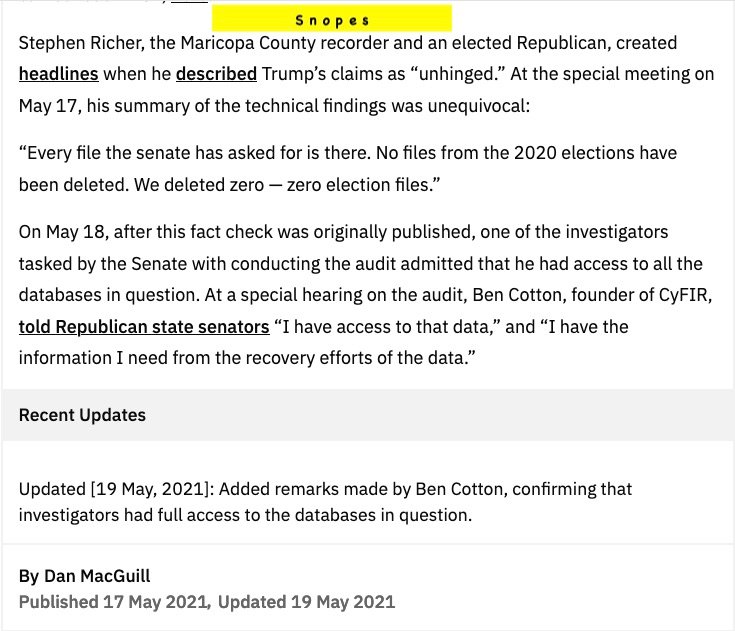 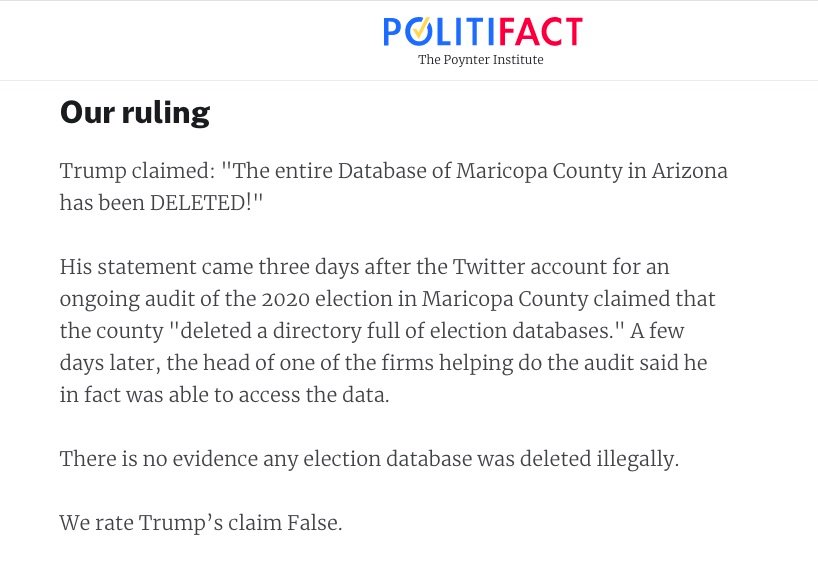 And here again, is what Ben Cotton actually said. 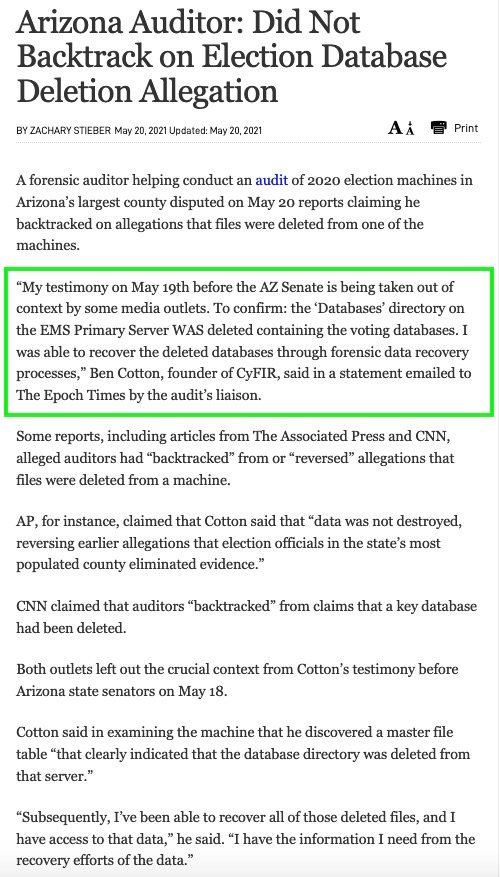