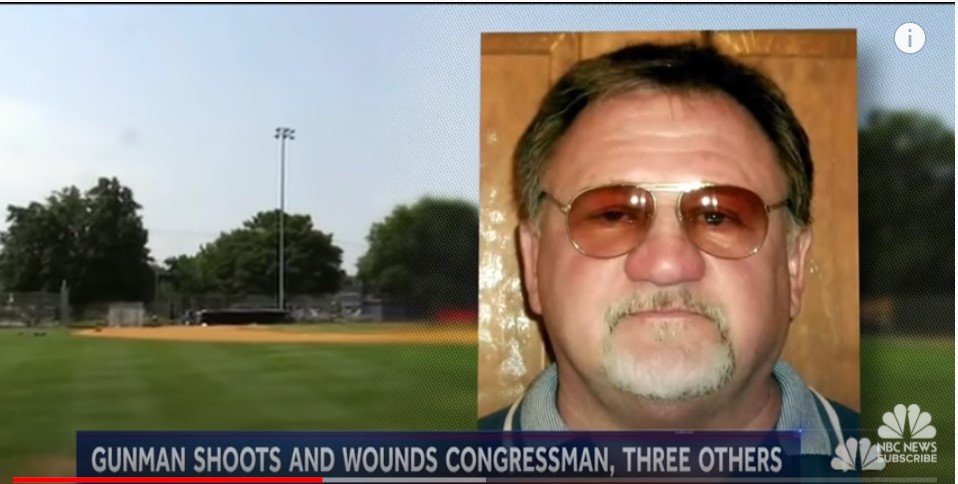 Democrats and their media allies have been quick to label the slightest offense to them as ‘domestic terrorism’ when the offense is carried out by a supporter of President Donald J. Trump. They are also mute when actual deadly domestic terrorism happens, and here is another case of the violent left being enabled and ignored.

In June 2017, James Hodgkinson shot a number of Republicans who were at Eugene Simpson Stadium Park after asking GOP Rep. Jeff Duncan, who was leaving practice there, if the remaining players were Republicans or Democrats, signaling he was looking for a certain profile.

According to the FBI, in an official report that was released on Friday, the brutal 2017  attack at the Alexandria, Virginia, baseball field that nearly killed Rep. Steve Scalise has been classified as “domestic terrorism” carried out by a “domestic violent extremist” targeting Republicans after the bureau previously classified it as “suicide by cop.”

But as The Gateway Pundit previously reported, the event had been originally labeled “suicide by cop”. In late April of 2021, a US House representative instructed a reluctant Christopher Wray to investigate the origins of that odd report.

Then the event was quietly updated to a domestic terrorist event.

Friday’s revelation was buried deep in the middle of a long FBI release and reversed that decision that was made by Andrew McCabe in 2017.  McCabe was apparently trying to soften the scrutiny of the motivation for the attempted murder of Republicans at the hand of a far-left radical activist.

The Washington Examiner reported on the matter, telling us where to find the information:

The revelation appears in the middle of an appendix on page 35 of a 40-page FBI-DHS report released on Friday titled “Security Strategic Intelligence Assessment and Data on Domestic Terrorism.” In a section describing approximately 85 different “FBI-Designated Significant Domestic Terrorism Incidents in the United States from 2015 through 2019,” the Alexandria baseball field shooting appears, with the FBI categorizing the perpetrator as a “Domestic Violent Extremist” and describing the incident thusly: “An individual with a personalized violent ideology targeted and shot Republican members of Congress at a baseball field and wounded five people. The subject died as a result of engagement with law enforcement.”

It’s interesting when the FBI does things like that and forgets to update the public.