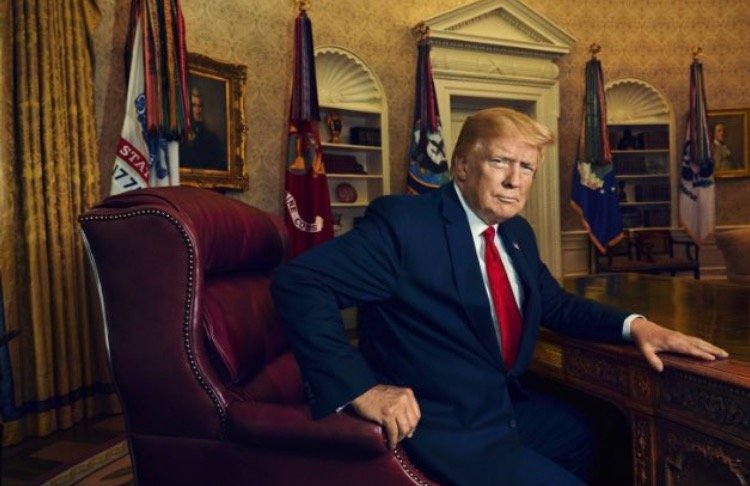 Former President Donald Trump released a statement on Sunday citing new polling by CBS showing that 80 percent of Republicans agree with ousting Rep. Liz Cheney and 67 percent say that they do not believe Joe Biden was the legitimate winner of the 2020 presidential election.

Trump wrote that he agrees with them 100 percent and that there is no way Biden won the 2020 presidential election.

“Breaking News! New polling by CBS News on the state of the Republican Party (which is very strong!). ‘President Trump has a strong hold on the GOP.’ 80% of Republicans agree with the removal of Liz Cheney from GOP Leadership and only 20% disagree,” Trump wrote. “The poll also showed that 67% of Republicans said that they do not consider Sleepy Joe Biden to be the legitimate winner of the 2020 Presidential Election. I agree with them 100%, just look at the facts and the data—there is no way he won the 2020 Presidential Election!”

CBS reports on their latest polling data, “Eighty percent of Republicans who’d heard about the vote agree with Cheney’s removal — they feel she was off-message, unsupportive of Mr. Trump, and that she’s wrong about the 2020 presidential election. To a third of them, and most particularly for those who place the highest importance on loyalty, Cheney’s removal also shows ‘disloyalty will be punished.’” 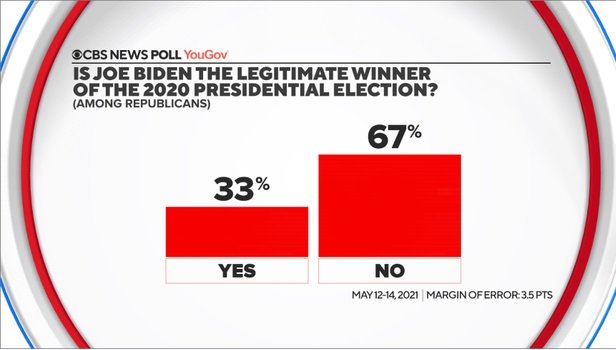 The CBS report says, “Republicans say that Mr. Trump himself represents their views just as well as they think the party does; it’s a personal connection to him we’ve seen for years. Today, loyalty also means they specifically want the party to follow more of the former president’s examples across a range of items, including economics, issues of race and immigration, how to treat the media, using power and leadership, generally.”