THE REPUBLICAN PARTY IS LOST: Republicans FORGET to Cast Proxy Vote Which Would Have Stopped Dems $1.9 Billion Capitol Bill 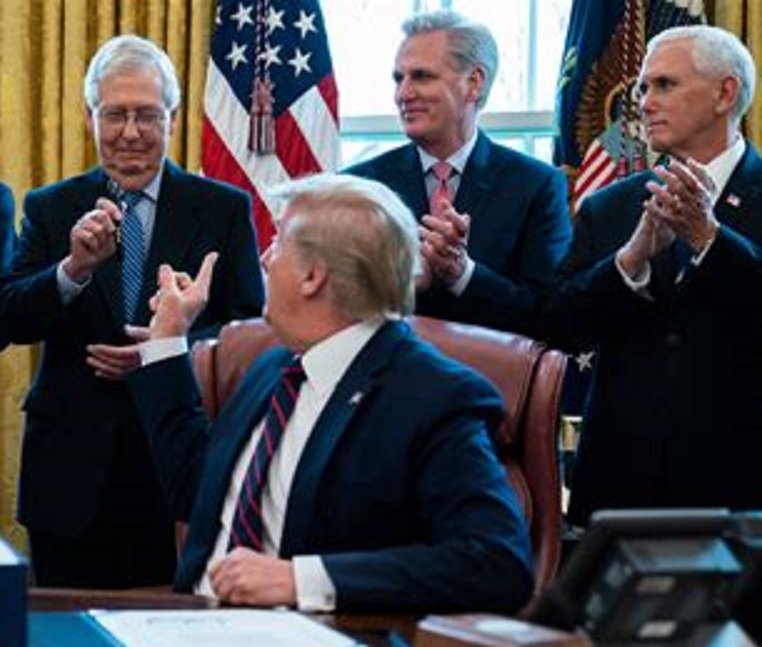 The Republican Party is a mess and more and more evidence comes out every day that proves it.  Republican leaders around the country do not represent their God-loving, America-loving constituents.

There are so many examples of how the Republican Party is lost but last week we saw another example.  What do these people do all day?  Do they plan or strategize for anything or are they completely lost?

Rep. Ken Calvert, R-Calif., recently failed to cast Rep. John Carter, R-Texas’s, vote on the Democrat-backed $1.9 billion Capitol security spending bill on May 20 because it “slipped his mind,” according to a spokesperson, reported the Epoch Times.

“Rep. Calvert made a mistake and simply forgot to cast Rep. Carter’s vote,” the spokesperson added.

The bill narrowly passed 213-212, as several Democrats voted against the bill or abstained. Many of them said that they didn’t want to provide more funding for police departments, according to the Times.

The problem in this situation isn’t only on the Rep. who failed to make the vote for his colleague, but the Republican leadership is also to blame.  Where were the Republican leaders?  Why did they not have a count before the formal count on the House floor that would have identified this situation and need for this vote?  Why were they not aware of the ‘proxy vote’?  And if they were aware, why did they ignore the vote?

Republican ‘leaders’ need to wake up.  Currently, they do not represent the people who voted for President Trump and gave him a multimillion-vote record number of votes over any Republican Presidential candidate ever.  These leaders are lost.