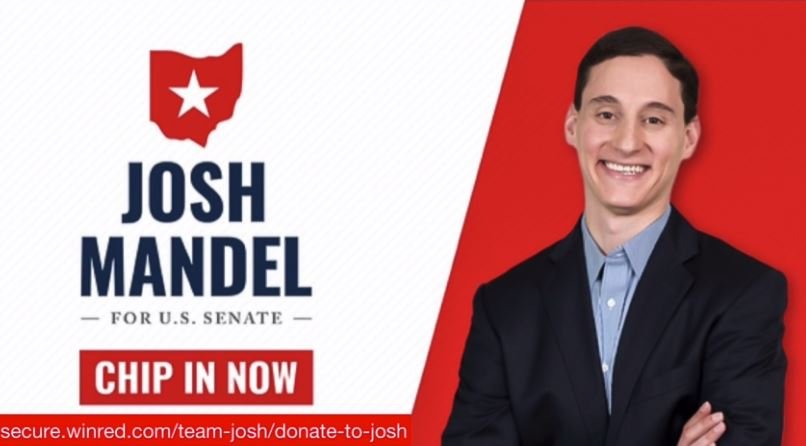 For years The Gateway Pundit has been following the political career of Ohio politico Josh Mandel.

We first reported on Josh Mandel back in 2008 when Ohio Democrats attacked Josh Mandel for serving his country in Iraq when he was voted into the Ohio state legislature. The opponent in his tough re-election fight, trial attorney Bob Belovich, attacked Mr. Mandel’s service, arguing that he abandoned voters by serving in Iraq.

That was not the first time Mandel was a target of the left. In 2017 the left targeted Josh Mandel for retweeting Trump supporters like Mike Cernovich. Cernovich is an author, filmmaker and fitness guru who was a vocal Trump supporter.

And then in 2021 Josh Mandel was not afraid to admit that the 2020 election was likely stolen.

Josh Mandel openly supports Trump and the Trump agenda and today is running for US Senate from Ohio. Needless to say, Josh is NOT a favorite of the GOP party elites.

** You can learn more about Josh here.

** You can donate to Josh Mandel for US Senate here.