Steve Bannon Goes On a Tear! “Wisconsin Will Be the Easiest to Prove – They’re in a Full Panic!” (VIDEO) 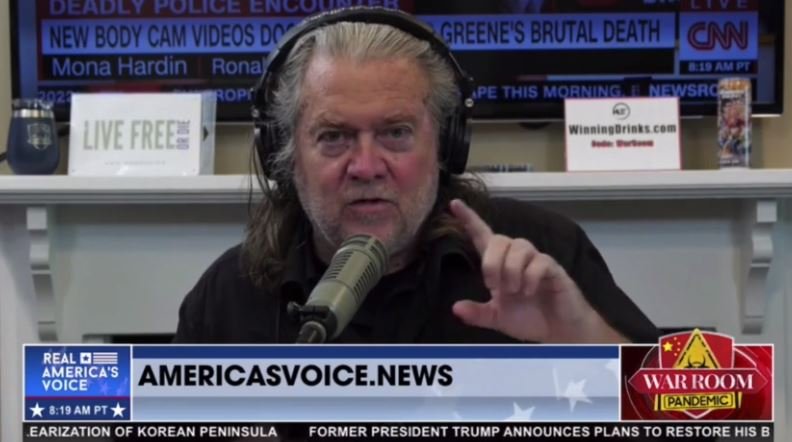 Steve Bannon went on a tear Saturday morning on The War Room.

Bannon called out the left for their “complete panic” over the ongoing forensic audits.

According to Steve, Wisconsin will be the easiest to prove!

Steve Bannon: Wisconsin’s the easiest to prove. My point on this right now is the Associated Press, The Hill, MSNBC, they are all in a panic, ladies and gentlemen! They’re in a full panic! They have seen what Michael Patrick Leahy’s reporting has done in Georgia. They see what the judge did in Georgia. They see the patriot’s progress on the Concord Bridge of the convention center in Arizona. They see what’s happening behind the scenes in Pennsylvania. They see the talk that’s going down in Michigan… So, now in Wisconsin, they do not talk about the indefinitely confined. That’s where the clerks stole it and the early voting scandal!

For the record, as we reported in February — Wisconsin’s ‘Indefinitely Confined’ Voter Status Excludes Requirement for Voter IDs – 265,000 Ballots Cast in 2020 Election