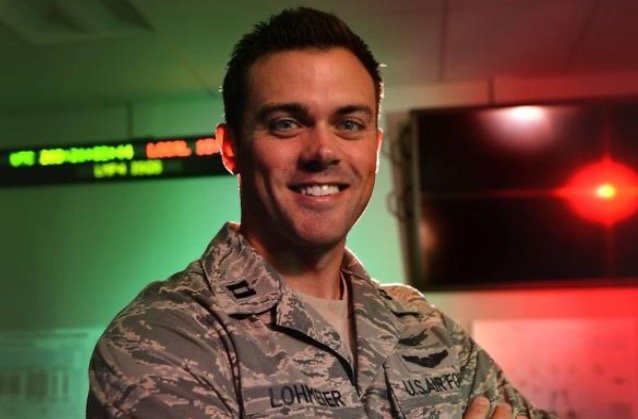 A commander of a US Space Force unit was fired and put under investigation for anti-Marxist comments he made during a podcast.

Lt. Col. Matthew Lohmeier, a former fighter pilot, was a commander of a unit that detected ballistic missile launches and was relieved of his duties on Friday by Lt. Gen. Stephen Whiting, Military.com reported.

Lohmeier earlier this month self-published a book titled, “Irresistible Revolution: Marxism’s Goal of Conquest & the Unmaking of the American Military.”

This upset the woke, Marxist sympathizers in the US Military and Lohmeier was promptly removed from his post.

A commander of a U.S. Space Force unit tasked with detecting ballistic missile launches has been fired for comments made during a podcast promoting his new book, which claims Marxist ideologies are becoming prevalent in the United States military.

Lt Col. Matthew Lohmeier, commander of 11th Space Warning Squadron at Buckley Air Force Base, Colorado, was relieved from his post Friday by Lt. Gen. Stephen Whiting, the head of Space Operations Command, over a loss of confidence in his ability to lead, Military.com has exclusively learned.

“This decision was based on public comments made by Lt. Col. Lohmeier in a recent podcast,” a Space Force spokesperson said in an email. “Lt. Gen. Whiting has initiated a Command Directed Investigation on whether these comments constituted prohibited partisan political activity.”

Lohmeier’s temporary assignment in the wake of his removal was not immediately clear.

“I was apprised of the option to have my book reviewed at the Pentagon’s prepublication and security review prior to release, but was also informed that it was not required,” Lohmeier told Military.com in an email.

Former Comey FBI General Counsel James Baker Now Works at Twitter and Was Member of National Task Force on Election Crisis. Can He Really Be Trusted?