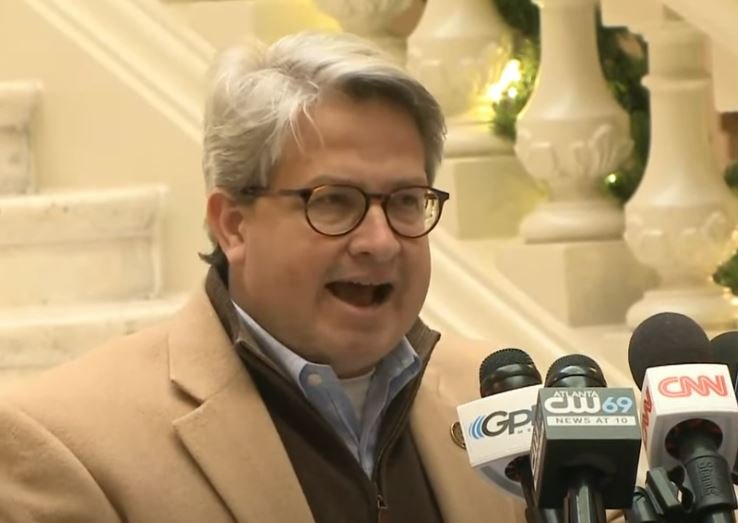 We’ve reported for months that the chain of custody documentation in the state of Georgia for absentee ballots is missing for hundreds of thousands of ballots (most likely all for Biden).  Biden was awarded the state of Georgia by the likes of Secretary of State Brad Raffensperger and his sidekick, Gabe Sterling, with a winning margin of roughly 10,000 ballots.  They certified the state’s results with this legally required documentation missing.

Five Months Since the Election, Georgia Still Lacks Legally Required Chain of Custody Documentation on 355,000 Votes (Most All Likely for Joe Biden)

The Virginia Star is reporting today:

The Fulton County missing documentation is a little more than five percent of the estimated 333,000 vote-by-mail absentee ballots cast in the November 3, 2020 general election for which chain of custody documentation is still missing.

Georgia Secretary of State Brad Raffensperger has refused to collect, count, and verify the chain of custody documentation associated with an estimated 600,000 absentee vote by mail ballots deposited in drop boxes in the 2020 general election. Instead, Raffensperger has said it is a county responsibility. The Georgia Star News has filed Open Records Requests with all 159 counties in the state to obtain this documentation and report on it to the public.

The Trump team should file legal charges today against the state of Georgia and its corrupt Secretary of State Brad Raffensperger for certifying the election with this documentation missing.

These invalid ballots are more than enough to give the state to the rightful winner, President Donald Trump.