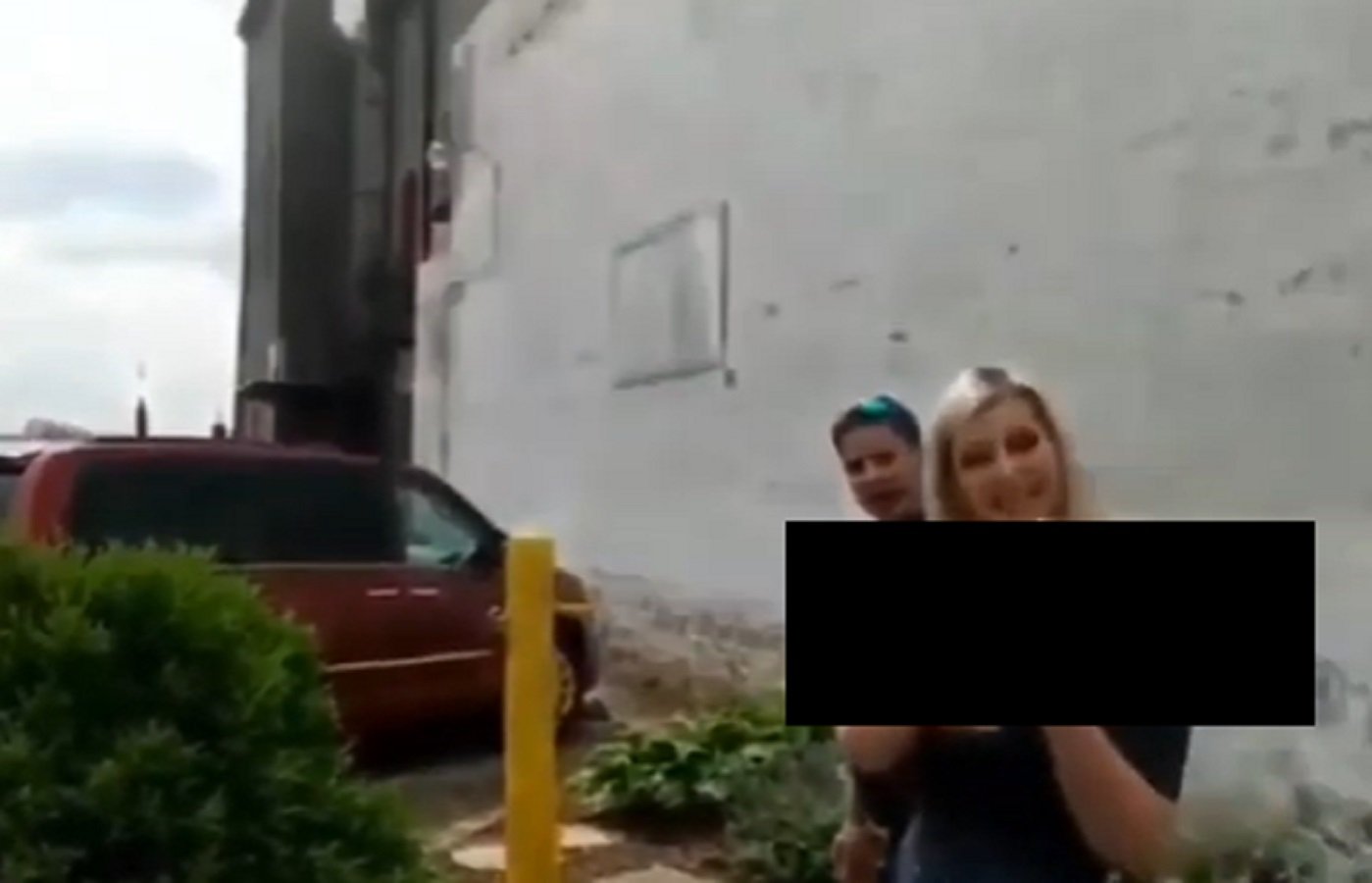 A 13-year-old girl was sexually harassed by am unhinged woman attending a drag queen story hour event in Ohio, and the police appeared to think the situation was funny.

The woman was taunting the Christian protesters outside the Drag Me to Brunch held at the Sorg Opera House in Ohio.

The event was advertised as “free” to children under five, and $10 for children aged 6-17.

According to a shocking report from Kim Coulter at the National File, an attendee of the event appeared to use drugs and was waving an oversized realistic male genitalia shaped sex toy sticking out of her pants at a 13-year-old girl.

“The woman with the sex toy then appeared to make sexual gestures toward the child with the toy hanging from her pants. The woman’s identity is unknown at this time, but she was reported to the police who took her information pending an investigation.”

The girl was the daughter of Pastor John Williams, who frequently protests these events that target children.

“When asked to leave the child alone, the LGBT ally appeared to make sexual gestures towards the child and insists she is legally permitted to speak with the child with the oversized sex toy hanging out of her pants. Williams then attempted to notify police on the scene who were “shooting the breeze”down the block instead of watching the protestors who were clearly being antagonized by attendants of there Drag Me to Brunch event. One officer seemed to mock Williams, while another quietly laughed,” Coulter reports.

“If this is how the attendants behaved outside the event, what kind of depravity is going on inside, and why are children under 5 permitted free access to such an event,” asked Williams in his discussion with National File.

When Williams reported the disgusting harassment of his child to the police, they laughed.