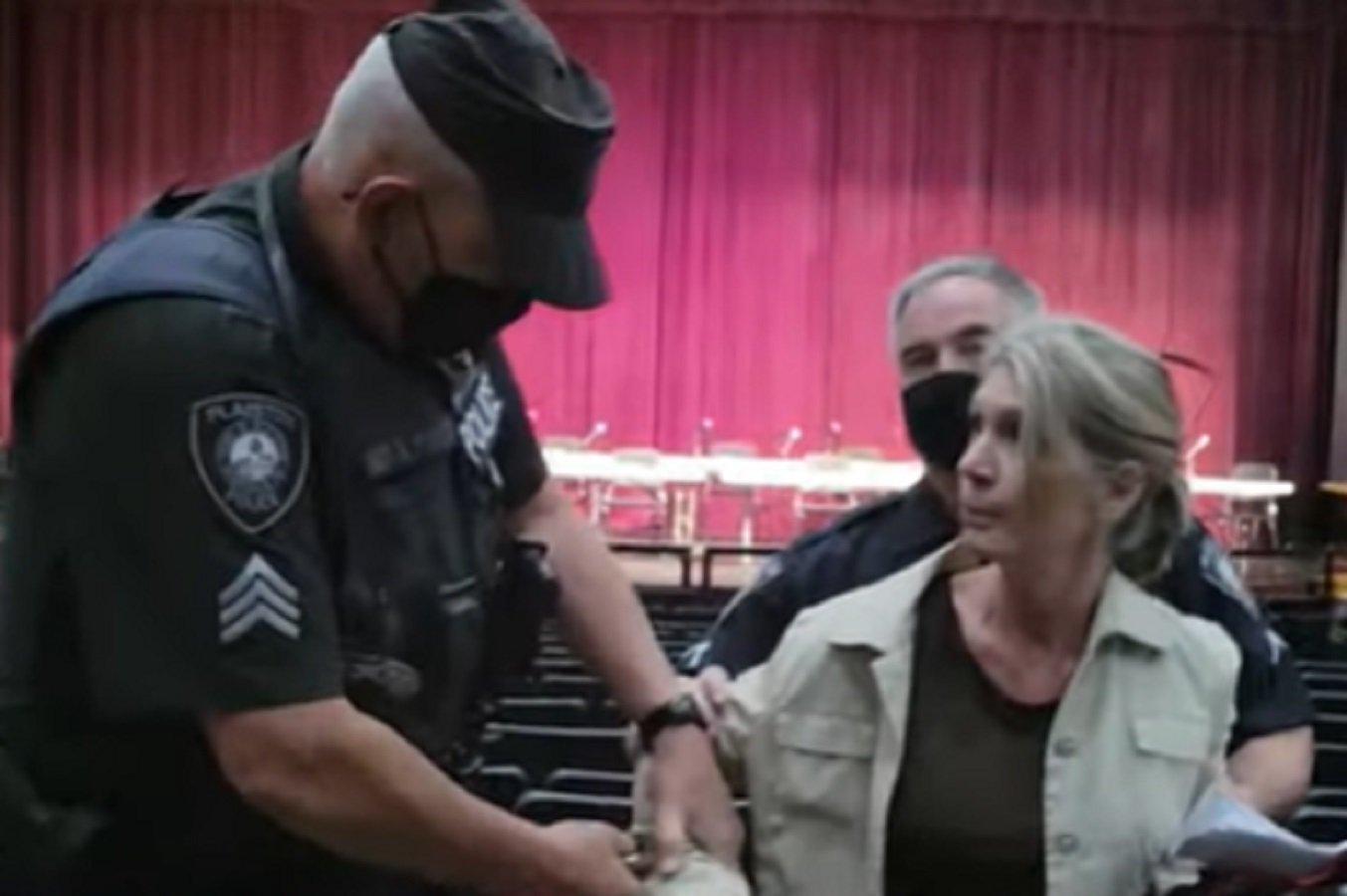 A Sunday School teacher in New Hampshire was arrested and charged with disorderly conduct on Thursday for not wearing a mask to a school board meeting.

Kate Bossi of Atkinson, New Hampshire, and several other parents had went to the meeting to demand that the Timberlane Regional School Board end their mask mandate.

The meeting was scheduled to take place at the Plaistow Performing Arts Center, but Chairwoman Kimberly Farah shut it down before it began.

“I didn’t want to jeopardize the health of the staff and the students,” Farah said, according to a report from the Union Leader.

Instead, police swarmed the building to arrest the concerned parents.

“You are violating my rights right now. You are remiss,” Bossi told Sgt. Alec Porter as she was being arrested.

Bossi’s daughter Wydola can be heard asking the officers, “are you seriously doing this you guys. This is law enforcement. You’re not enforcing laws, you’re enforcing policy. That doesn’t matter.”

“Come on Sgt. Porter, you know this is wrong what they’re doing to our kids,” one man can be heard shouting during the arrest.