SHOCKING VIDEO: Insane Teacher Berates Vaccinated Student for Not Wearing a Mask, Calls Him a Jerk, Tells Him Nobody Likes Him (UPDATE) 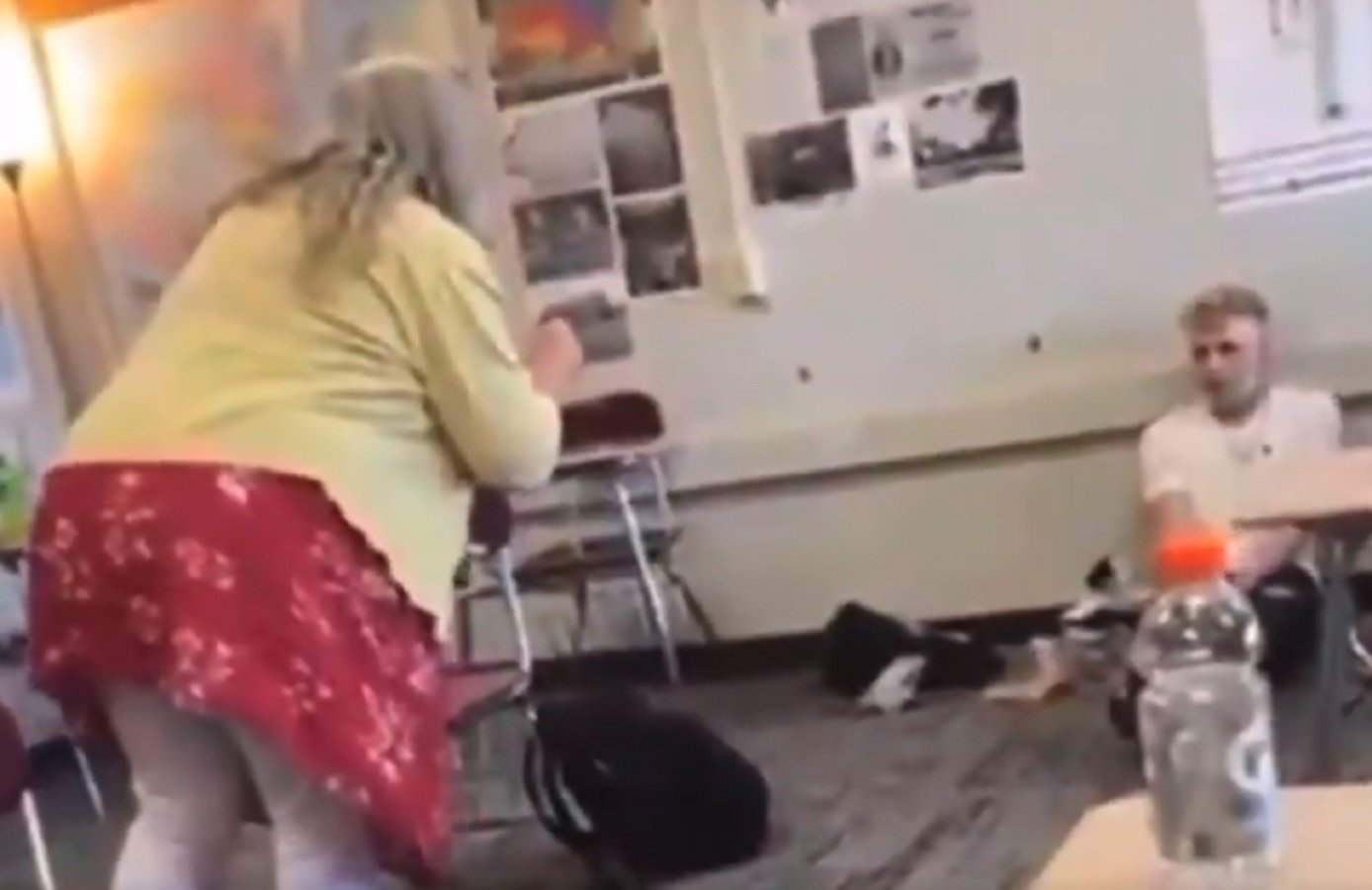 UPDATE: This post has been updated after a reader sent us information on the school.

A video is going viral on Twitter showing an overweight teacher berating a student for not wearing a mask — despite the fact that he told her he is vaccinated.

The incident took place in Poynette, Wisconsin, on Tuesday. The teacher has now been placed on administrative leave.

“I don’t care if you’re vaccinated you little dink,” the belligerent teacher says during the exchange. “I don’t want to get sick and die. There’s other people you can infect. Just because you’re vaccinated.”

The student, sitting against the wall, politely and calmly repeatedly says “okay” in response to the verbal abuse.

“You know what? You’re not a special person around here. You should hear how everybody talks about you around here. YOU’RE A JERK,” the increasingly aggressive teacher shouts.

The student replies that he doesn’t care what people are saying about him, which appears to enrage the lunatic even more.

“You’re a jerk,” she repeats. “You need to have respect for other people in your life.”

It doesn’t actually appear that this woman cares about her health at all, considering the shape she is in — as many on social media were quick to point out.

Shoutout to that table she’s leaning on shit’s strong AF.

“I don’t want to get sick and die”

Judging by the large mass of flesh that makes up that woman, she’s never cared about that before.

“You’re not a big man on campus,” she says as the video cuts off.

On Tuesday, District Administrator Matthew Shappell posted on Facebook that the district “is aware” of what occurred and that the unnamed teacher will remain on leave “pending the outcome of the investigation.”

Dear Families,
The School District of Poynette is aware of an incident that occurred today, May 11th, involving a teacher and student at the Poynette High School. The District is initiating an investigation and the teacher involved has been put on administrative leave pending the outcome of the investigation. The District contacted the parents and we are taking steps to provide the appropriate support for the student involved.

The Gateway Pundit has reached out to Shappell for more information about the investigation. We will provide updates as the situation unfolds.