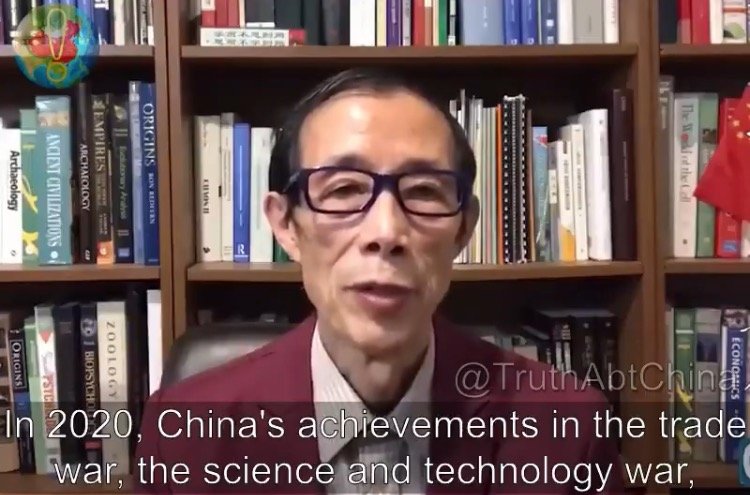 A senior member of a Chinese Communist Party think tank claimed China won a biological war against the United States in 2020.

The mainstream media is finally catching up with conservative media and reporting that Covid-19 originated in a Wuhan lab.

Covid-19 was then unleashed on the world to cripple western nations, especially the United States.

Ping Chen, a professor of National Development at Peking University in Beijing said China “put the US back in its place.”

“In 2020, China won the trade war, science and technology war, and especially the biological war. The achievement is unprecedented. This is an epoch-making historical record. So for the liberal, America-worshiping cult within China, their worship of the US is actually unfounded. After this trade war and biological warfare, the US was beaten back to its original shape,” Chen Ping said.

“So I think Trump’s attempt to restore the declining international status of the US during his 4 years has failed. This failure is not only the failure of Trump’s personal campaign for re-election as president, but also the failure of the neo-liberalism-led globalization of the past four decades led by the US and the UK. Therefore, the development and modernization model of the US and Europe is not worthy of China’s imitation and repetition,” Peng added.

Chen Ping (his bio here), Senior Researcher at China Institute, Fudan University, professor at Peking University, recently said the #CCP won the trade war, science & technology war, and especially the biological war in 2020. “The achievement is unprecedented. This is an epoch-making historical record.”

His main argument is that the Western model has failed, the 500-year maritime civilization is doomed, the CCP has won and “will lead the way of the modernization in the new era after the biology revolution” after the 2020 CCPVirus (COVID19) pandemic.

Admitted! Chen Ping, Senior Researcher at #FudanUniversity, professor at #PekingUniversity, says the #CCP won the trade war, science & technology war, and especially the biological war in 2020. “The achievement is unprecedented. This is an epoch-making historical record.” pic.twitter.com/syKaA65zvo