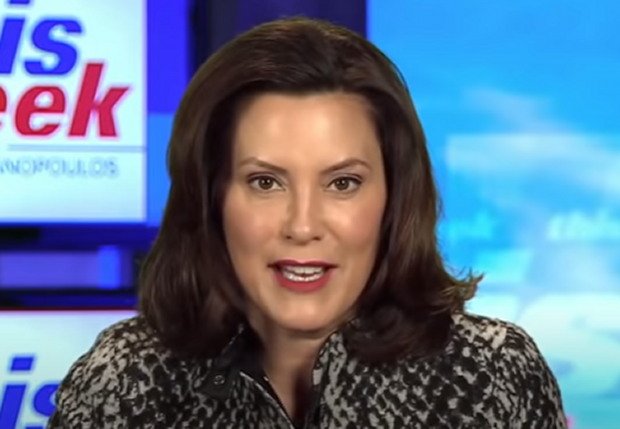 Whitmer specifically attacked Floridians and blamed “snow birds” traveling from the Sunshine State into Michigan for her state’s Covid surge.

The governor’s spokesperson confirmed last month that Whitmer took a “personal trip” to Florida in March during spring break.

But Brown denied the allegation. Brown said Whitmer “did not go on spring break,” but traveled “to assist her elderly father who is battling a chronic illness,” according to a report from Detroit Free Press. Brown added that Gov. Whitmer has left the state three times in the last six months.

The Detroit billionaires have major dealings with the state of Michigan so when they were asked by Whitmer if she could mooch their private jet, they said yes.

It was previously unclear who paid for Whitmer’s private charter and when she was asked about borrowing a private jet, she basically told the peasants to shut up and stop asking questions.

“I’ve said everything I’m going to say about my trip to check on my father,” Whitmer told WWTV reporter Eric Lloyd last week. “I’ve got nothing to add.”

The Detroit News on Friday revealed Whitmer’s private flight was paid for by a dark money non-profit and the cost was $27,521.

The non-profit was formed in 2018 to pay for Whitmer’s inauguration so it appears that she ILLEGALLY used the funds for personal expenses.

A nonprofit organization tied to Gov. Gretchen Whitmer’s administration paid to charter the flight that carried her to visit her father, but Whitmer paid for a seat, her administration said Friday.

The revelations came in an unaddressedemail memo signed by Whitmer’s chief of staff, JoAnne Huls, weeks into a controversy on the out-of-state trip during a pandemic.

“Due to ongoing security and public health concerns, we made a decision to use a chartered flight for this trip,” Huls wrote in the memo. “The governor’s flight was not a gift, not paid for at taxpayer expense and was done in compliance with the law.”

The social welfare nonprofit organization Michigan Transition 2019 chartered the private plane, which took Whitmer to Florida on Friday, March 12, and returned her to Lansing, on Monday, March 15. The group spent $27,521 on travel over the first 14 days of May, according to a voluntary disclosure, which apparently covers the March flights.

The Michigan Republican Party is calling for an investigation into Whitmer’s use of the non-profit’s funds to pay for her trip to Florida.

It’s unclear how a nonprofit that falls under strict federal rules prohibiting the use of funds for personal expenses qualified to fund the flight. https://t.co/Msh1DODeKF