Report: China’s Military Weapon COVID-19 Was Constructed Completely Under the Command and Control of the Chinese Military 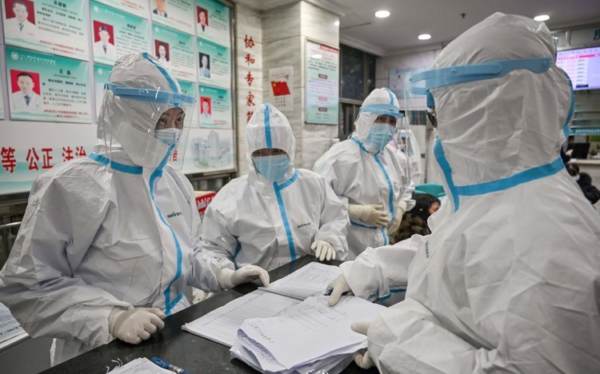 The COVID-19 virus may have been released in Wuhan, but like all modern military weapons, it was jointly developed and manufactured.

There are still gaps in the story, but here is what is presently known.

The creation of the COVID-19 virus was entirely under the command and control of the People’s Liberation Army (PLA), led by presumed head of China’s biowarfare program, Major General Wei Chen, while under the day-to-day supervision of key members of the Academy of Military Medical Sciences.

The scientists and resources accessed to advance the project included both Chinese and U.S. universities and research institutions.

Finding a bat coronavirus backbone for the COVID-19

Largely based on an examination of Chinese-language documents and scientific publications, one can state that the Military Veterinary Research Institute and the Institute of Zoonotic Diseases in Changchun, Jilin Province, China, led by People’s Liberation Army General Ningyi Jin and retired General Xianzhu Xia, are core elements of China’s biowarfare program.

At least four subordinates of Xianzhu Xia and Ningyi Jin have been engaged in a massive domestic and international virus collection effort for over eight years: Biao He, Quanshui Fan, Changchun Tu and Zhiqiang Wu.

Biao He, together with Changjun Wang of the Third Military Medical University, played a key role in the isolation of bat coronaviruses ZC45 and ZXC21, claimed by Chinese whistleblower Dr. Li-Meng Yan to be the viral backbones for COVID-19.

Ningyi Jin has extensive experience in experimentation with coronaviruses.

In addition to his research connections, some of which can be traced back to the United States, there are two aspects of Ningyi Jin’s research activities that raise red flags.

Not only does he use genetic engineering extensively, but Ningyi Jin is one of a number of scientists in China, who, since 2007, have conducted experiments with a transgenic mouse model containing the human receptor for coronaviruses.

That is, any one of those Chinese laboratories could have quickly pre-adapted a coronavirus for human infection using that mouse model and a technique called “serial passaging.”

Inserting the furin polybasic cleavage site, the “smoking gun” for the laboratory origin of COVID-19

Monobasic furin cleavage sites represented by a R-S or arginine-serine sequence are common in coronaviruses, where arginine is the chemically basic amino acid.

In contrast, the furin polybasic cleavage site, PRRARS (proline-arginine-arginine-alanine-arginine-serine) found in the COVID-19 virus is not present in any of its close bat coronavirus relatives and whose presence cannot be explained by a natural evolutionary process.

The artificial insertion of the furin polybasic cleavage site into a bat coronavirus backbone was likely done under the supervision of Shibo Jiang in coordination with his military-trained colleague Shuwen Liu and others at the School of Pharmaceutical Science, Southern Medical University, Guangzhou, China

In 2013, Shibo Jiang and Shuwen Liu, published the methods for artificially inserting a furin polybasic cleavage site similar to that found in the COVID-19 virus. 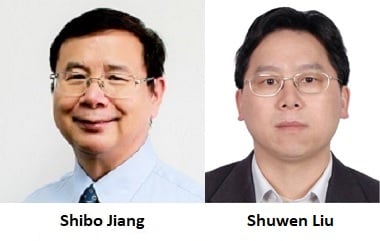 The innocuous title of that scientific article “Simultaneous Expression of Displayed and Secreted Antibodies for Antibody Screen,” belied its true nature.

That study was supported by a grant to Shibo Jiang from the National Natural Science Foundation of China (#81173098), which was entirely devoted to viral entry via a membrane fusion process, known to be facilitated by furin polybasic cleavage sites and enhancing viral infectivity and pathogenicity.

At the same time Shibo Jiang was conducting those experiments, he was also being funded by Dr. Anthony Fauci’s National Institute of Allergy and Infectious Diseases (NIAID).

Before returning to China as a professor at Fudan University in Shanghai, Shibo Jiang had been employed by or associated with the Lindsley F. Kimball Research Institute of the New York Blood Center for nearly twenty years.

During that time, he developed an extensive network of collaborative research with other major U.S. virus research laboratories and received more than $17 million in U.S. research grants, the vast majority coming from Fauci’s NIAID.

After the onset of the November 2002 SARS pandemic originating in Foshan, Guangdong, China, the People’s Liberation Army and Shibo Jiang would play an outsized role in human coronavirus research.

Much of his work, starting from the first SARS pandemic in 2002-2004, has focused on the coronavirus spike protein, in particular, the junction of the S1 and S2 segments, where the COVID-19 furin polybasic cleavage site is found.

From the beginning, the COVID-19 virus appeared to be well-adapted even pre-adapted for binding to human cells.

The COVID-19 virus did not undergo the same mutation and adaptation to humans over time as did the 2002-2004 SARS virus, but was already, from the beginning, resembling late-stage SARS infections, suggesting pre-adaptation.

Such pre-adaption for human infection can be accomplished in the laboratory by repeatedly exposing coronaviruses to genetically-engineered mice that have the human receptor, a process known as serial passage.

Since 2007, Chinese scientists have used humanized mouse models to experiment with coronaviruses starting with the 2002-2004 SARS virus.

It is here where the work of Ningyi Jin of the Military Veterinary Research Institute and the Academy of Military Medical Sciences intersect, in the use of animal models for serial passaging to increase virulence or to pre-adapt coronaviruses for human infection.

Serial passaging is the repeated re-infection within an animal or human population, which allows a virus to specifically adapt to the infected species.

That process occurs in nature, but it can be greatly accelerated in the laboratory by deliberate serial passaging of viruses in cell culture systems or animals, potentially leaving few or no traces as to whether the adapted viruses are naturally-occurring or laboratory-manipulated.

Dr. Chuan Qin is considered China’s foremost expert in animal models for increasing viral virulence and the use of humanized animals for testing natural or man-made viruses.

The Wuhan Institute of Virology

It is yet unclear the precise role played by the Wuhan Institute of Virology in this scenario or exactly the manner in which the COVID-19 virus was released.

It is likely that the Wuhan Institute of Virology was involved in experiments transitioning a bat coronavirus to the human-infecting COVID-19 virus.

Based on the scientific evidence collected, one indication of its role is RaTG13, a coronavirus sequence, which some claim is the closest bat coronavirus relative to COVID-19, but, being neither fully bat- nor human-infecting, it is likely an intermediate in an artificial synthetic pathway.

Analysis of the laboratory origin of the COVID-19 virus is still a work in process, but the above information provides a foundation upon which to build a more complete picture.

It is important to note that U.S. scientists, laboratory resources and funding from the U.S. federal government contributed significantly to China’s virus research program, a topic which will be covered in more detail in the future.