Radio Host John Fredericks on GA Audit: “I Can’t Overestimate How Big an Opportunity This is – What Happened in Atlanta Is Bigger Potentially than Arizona” (VIDEO) 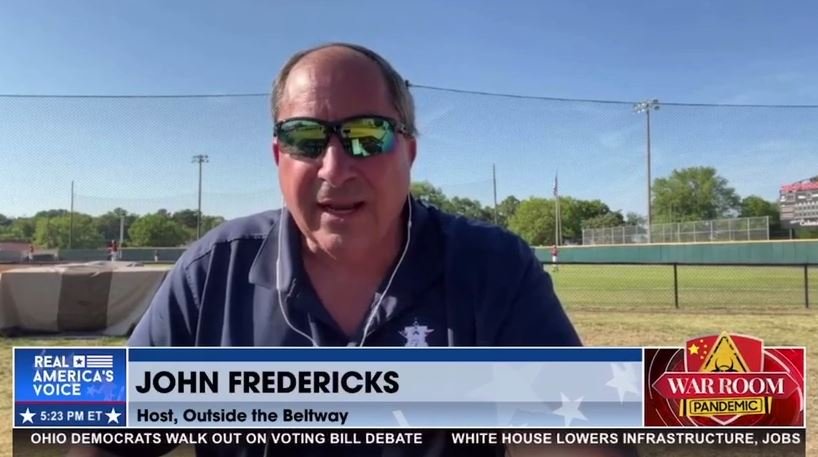 The judge ordered the parties to appear at the ballot storage location at 10 AM on May 28th. The November 2020 absentee ballots will be scanned at 600 dpi or higher.

Friday on The War Room john Fredericks told Steve Bannon that this is potentially bigger than what is going on in Arizona.

John Fredericks: I can’t overestimate how big an opportunity this is to find the fraud and stop the steal and get to the bottom of this. What happened today in Henry County by Judge Amero is bigger potentially than what is going on in Arizona, Steve… We have four affidavits that say somewhere up to 28,000 to 30,000 ballots are counterfeit.

Via The War Room and The Storm Has Arrived: