A knife-wielding man chased another man around the downtown area of Portland, Oregon near the Justice Center and central police station on Sunday, according to video posted by journalist Andy Ngo. Ngo reported police did not respond to the attempted stabbing. The area in the video has homeless tents on the sidewalk. The victim and the attacker both appear to be white. The attacker repeatedly used the n-word while chasing the victim. 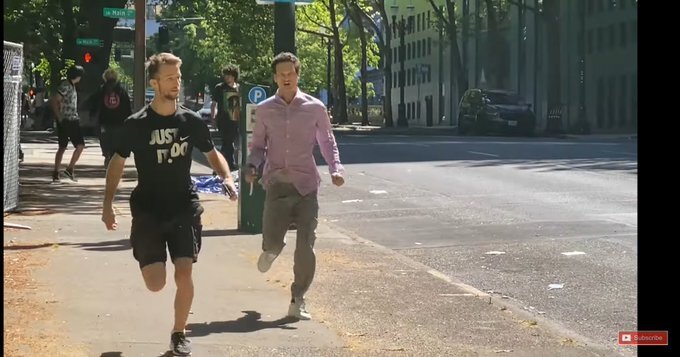 The victim was able to flee his attacker without being stabbed because the attacker had to keep stopping to hitch up his pants. 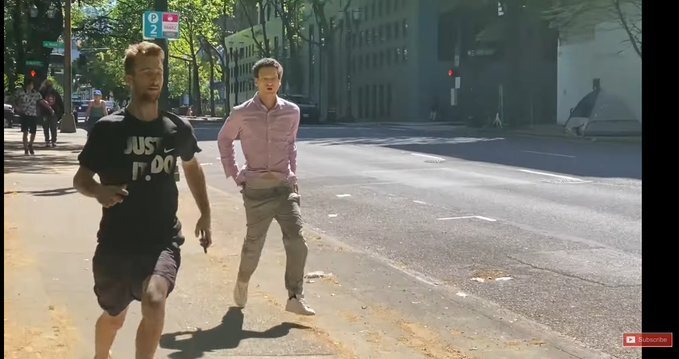 The ill-dressed attacker managed to give the victim time to get in a car and ride away, but not before the attacker used the butt end of the knife to smash a passenger window as the car pulled away. 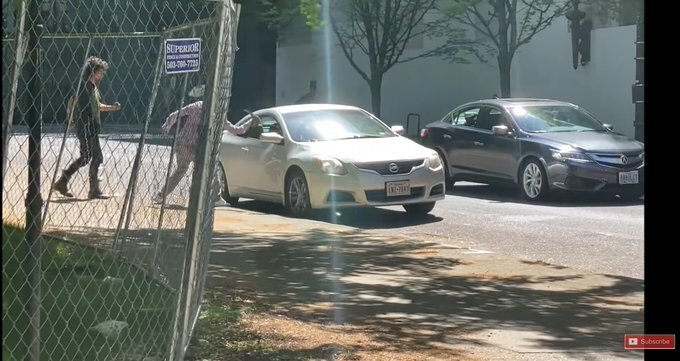 Caption: “On 16 May, 2021, a man chased another man in the middle of downtown Portland and tried to stab him with a knife. This occurred near the Justice Center/central police station. Portland Police did not respond to the scene. Support Andy Ngo’s journalism crowdfund by visiting: www.andy-ngo.com“