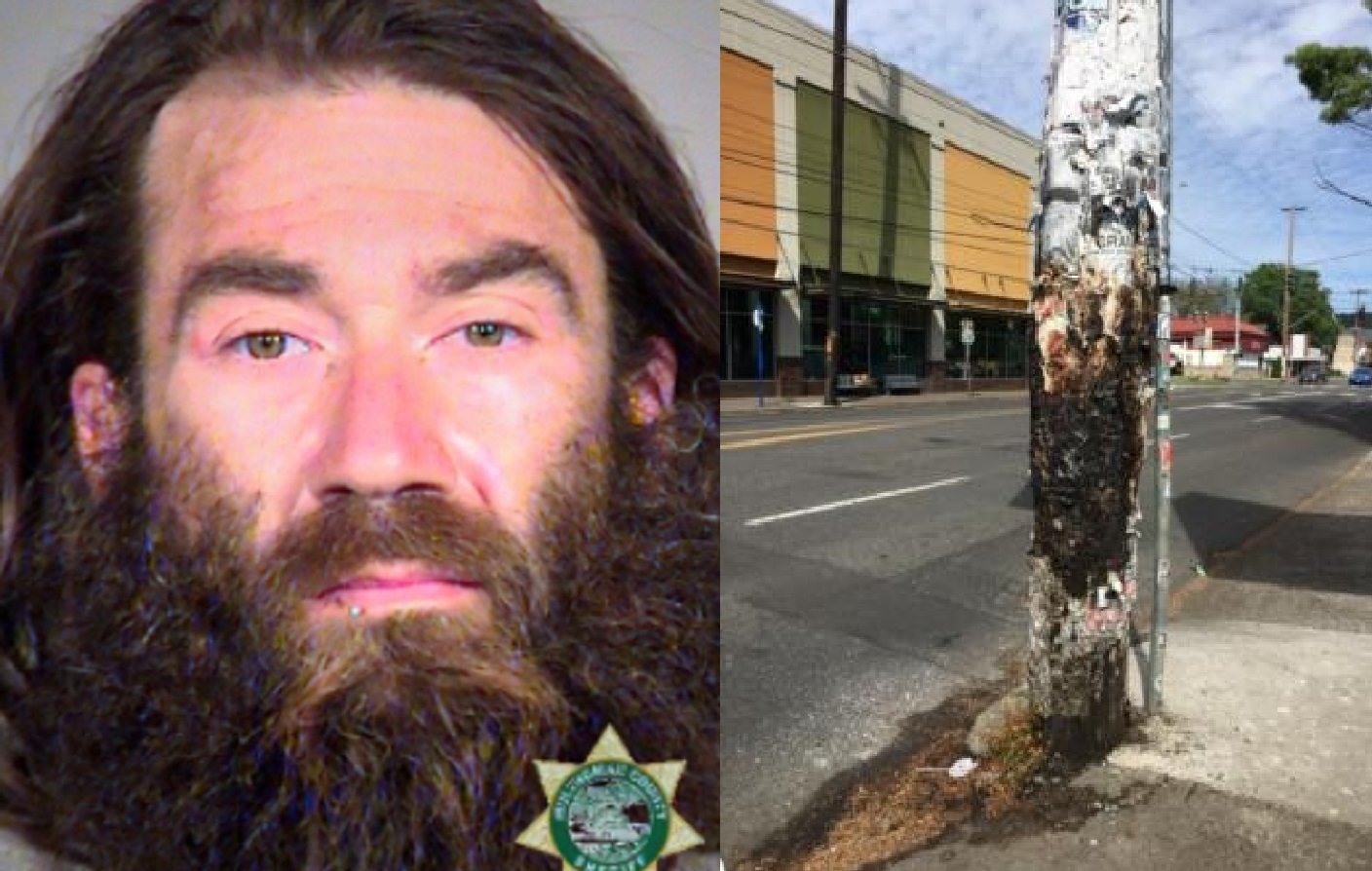 A Portland man has been arrested after pushing a 67-year-old woman into traffic, lighting a power pole on fire, attempting to grab busses and vehicles, and then biting police officers who were attempting to detain him.

According to a press release from the Portland Police Department, on May 13 they received a call about a man who had pushed a woman into oncoming traffic just before 3 p.m. The woman broke her wrist during the fall.

Initially, there were no officers available to respond to the scene — but around 3:15 they were alerted that he was throwing trash cans into the street, trying to grab passing cars and busses, and setting a power pole on fire.

“Officers located the suspect at Southeast 36th Avenue and Southeast Hawthorne Boulevard and attempted to take him into custody. He fought the officers, biting two of them and trying to break an officer’s finger. They called for additional officers and they were able to arrest him,” the department’s press release states.

The power pole that was burned by Church was extinguished by passerbys.

.@PortlandPolice have arrested Kenneth A. Church after he allegedly shoved a woman into busy oncoming traffic, set a fire on the street & then fought responding officers. #Portland https://t.co/V7vPOoQHqt pic.twitter.com/NMc80qCKMW

The incident is still under investigation by the Central Precinct Neighborhood Response Team. They are currently seeking any witnesses or other victims related to these incidents who have not already spoken to police.