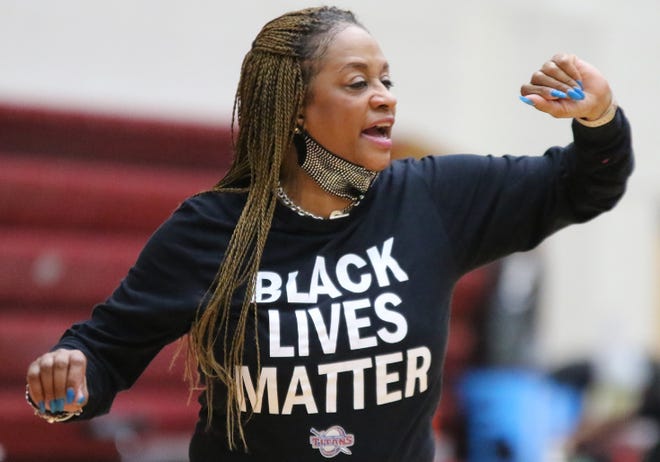 Detroit Mercy woman’s basketball coach AnnMarie Gilbert stays, but the players must go.  All 14 players who complained about coach Gilbert will be leaving, but the University is keeping the coach.

The Detroit News is reporting:

Gilbert was retained as head coach after two investigations — one external, one internal — found almost all allegations “unsubstantiated,” according to athletic director Robert Vowels, who also spoke. None of the 14 players on last season’s roster will return for next season.

TRENDING: Biden Annoyed at Lack of Enthusiasm From Coast Guard Cadets: “You Are a Really Dull Class – Come on, Man!” (VIDEO)

“An entirely new team is the best course,” Vowels said…

…Before the season was shut down after 14 games Detroit Mercy (1-13), was coming off two of its better-played games. Vowels said he met collectively and individually with players to hear their concerns.

The school then launched two investigations. One was related to the NCAA violation allegations, conducted by athletic department official Steve Corder and university counsel Carey DeWitt of Butzel Long. The second was related to non-NCAA violation allegations, conducted by Dewitt and Detroit Mercy HR’s Alana Dillard-Slaughter. Every player who agreed to an interview was interviewed, and every coach and staff member was interviewed, including men’s head basketball coach Mike Davis. Davis observed most of the women’s team’s practices this past season. Video of Davis’ practices, which usually included some video of the women’s practices, was reviewed by investigators.

So the University decides to keep the coach?  Things seem upside down here.