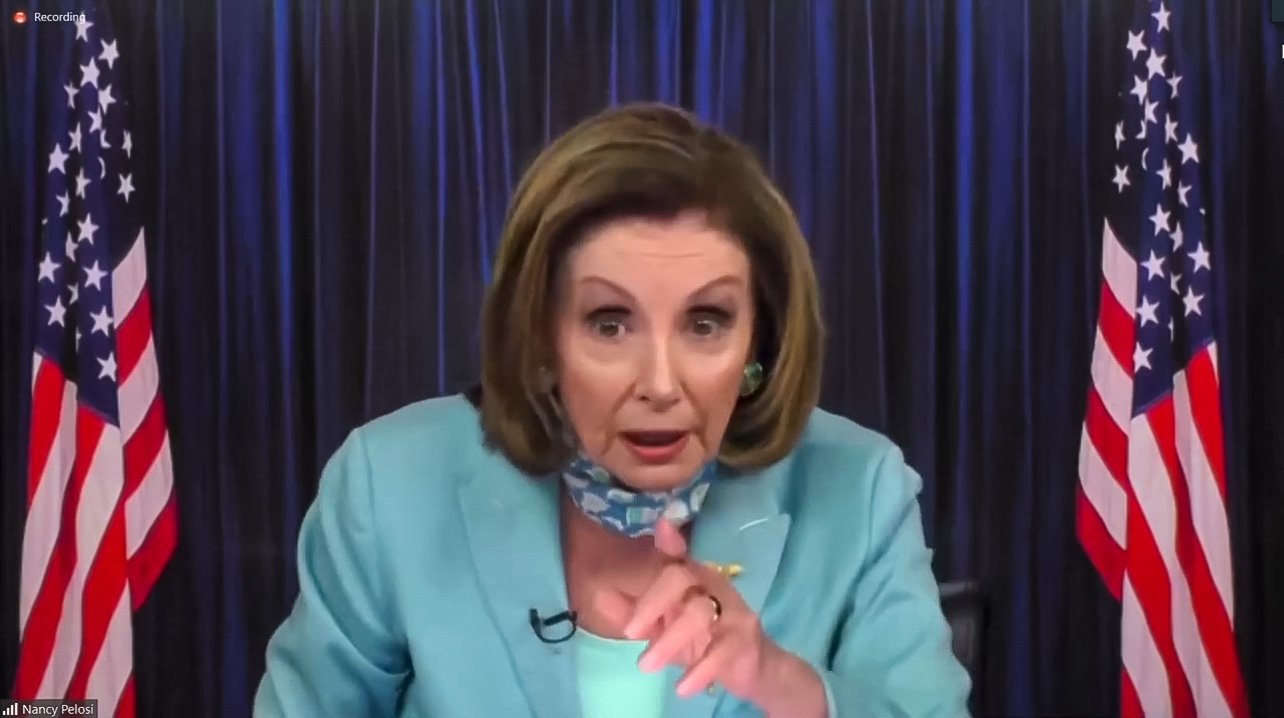 This is pure lawlessness and unprecedented corruption.

Recall, last May the House held its first ‘proxy vote’ since Congress first met in 1789 and GOP leader Kevin McCarthy sued to stop the constitutional abomination.

71 Democrats voted ‘by proxy’ in its first vote since adoption of its party-line rule!

Last year ONE Democrat in Maryland voted SEVEN TIMES on legislation in Congress in districts he didn’t even represent.

“The Constitution of the United States spells it out many times. Congress must physically assemble and hold a quorum in order to conduct the People’s business,” Kevin McCarthy said.

A corrupt federal judge struck down McCarthy’s lawsuit and Pelosi was able to extend her proxy voting scheme not once, but twice!

The unconstitutional proxy voting scheme will now go through July 3.

Pelosi used Covid to once again shred the Constitution.

“In light of the attached notification by the Acting Sergeant-at-Arms, in consultation with the Office of Attending Physician, that a public health emergency is in effect due to a novel coronavirus, I am hereby extending the “covered period” designated on January 4, 2021, pursuant to section 3(s) of House Resolution 8, until July 3, 2021,” Pelosi said in a letter to colleagues.

Last week Pelosi announced she will require lawmakers to wear a mask on the House floor despite the CDC recommendation that vaccinated people can be indoors without a face mask.

It was never about a virus.