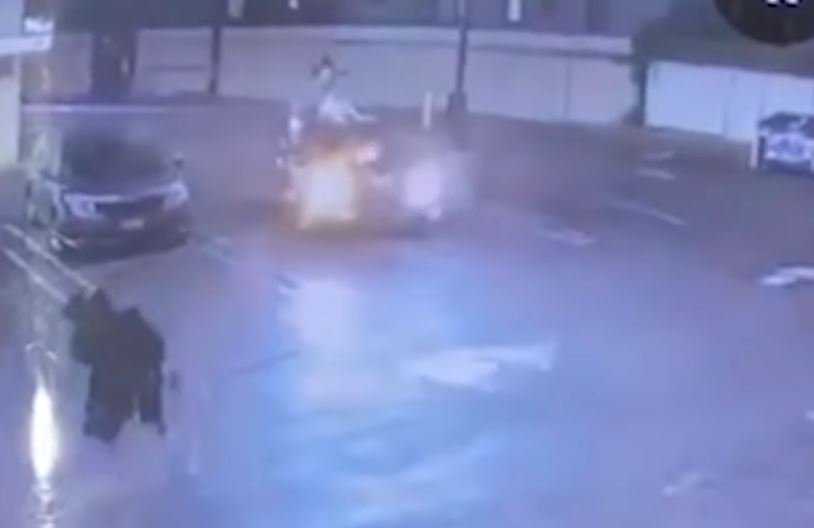 An Orthodox Jewish man was chased down by two vehicles in Los Angeles on Thursday as the passengers screamed “Allahu Akbar!”

This was just the latest attack on Jewish Americans by Muslims in the US this week.

The man was on his way to synagogue.

The video was capatured by security cameras.

Chilling surveillance footage obtained by Fox News shows the moment a Jewish man in Los Angeles was chased by two cars bearing Palestinian flags near his home earlier this week as they chanted “Allahu akbar” in an apparent attempt to run him over.

The man, who asked to remain anonymous, told Fox News he was walking from his home to synagogue on Monday night during the Jewish holiday of Shavuot when he noticed a car speeding toward him.

“I’ve taken this route a million times and I’ve never been afraid,” he said. “I was waiting by the light for it to change and suddenly I saw a bunch of cars coming and I see out of the corner of my eye they were waving the Palestinian flag. They started speeding up and I heard them chanting ‘Allahu akbar.’ That’s when I started running for my life.”