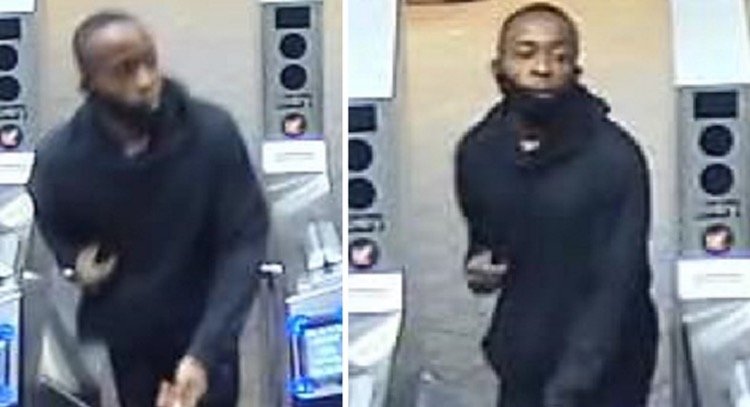 New York – A black man pushed an Asian man onto the subway tracks in Queens Monday morning then fled on foot.

Authorities said a 35-year-old Asian man was standing on the southbound platform at the Queens subway station on the F line when a black man in his 20s or 30s wearing a black sweatshirt and a black mask approached him from behind, said something to him and pushed him onto the tracks.

The Asian man suffered a laceration to his head and he was taken to Mount Sinai Hospital to be treated.

The suspect took off on foot and police are asking the public for help identifying him.

“I am disgusted to learn that an Asian American man was pushed into the subway tracks in Long Island City and is now currently being treated in the hospital for his injuries. As police search for the suspect responsible for this horrendous attack, I am directing the New York State Police Hate Crimes Task Force to offer their assistance in the investigation. Hate and violence have no place in New York – period. We will not let bigotry and cowardly acts of violence divide us. Instead, we will continue to stand united against hate in all its forms and celebrate our state’s diversity.”