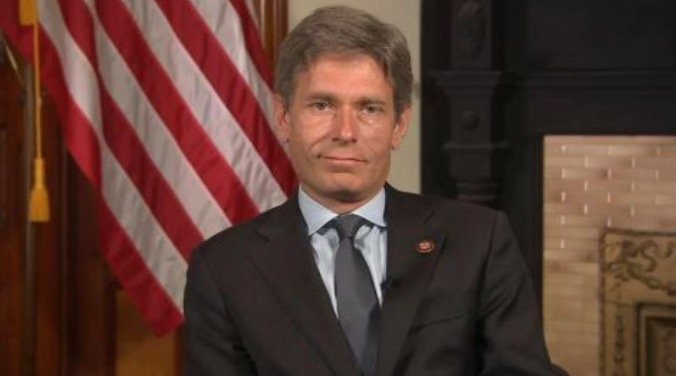 Rep. Tom Malinowski (D-NJ) secretly made $1 million in investing in medical companies that had a stake in the Covid response.

Recall, Congressman Malinowski admonished people for looking to profit off of the pandemic.

“This is not the time for anybody to be profiting off of selling ventilators, vaccines, drugs, treatments, PPE, anywhere in the world,” Malinowski told MSNBC in April 2020.

Unsurprisingly, the crooked Democrat lawmaker secretly made money off of the pandemic and didn’t properly report his trading activity to Congress.

Since early 2020, Malinowski has bought or sold as much as $1 million of stock in medical and tech companies that had a stake in the virus response, according to an analysis of records by The Associated Press. The trades were just one slice of a stock buying and selling spree by the congressman during that time, worth as much as $3.2 million, that he did not properly disclose.

The issue of congressional stock trading took on a new urgency last year when at least three senators were the subject of inquiries about whether they made financial decisions based on insider information. Though no one was charged, their dealings stirred outrage and highlighted the limitations of the Stock Act, a 2012 law intended to curtail stock market speculation by lawmakers.

Malinowski’s trades received little attention at the time. Yet his subsequent failure to report his trading activity to Congress as required by law, which was first reported by Business Insider, have made him the latest to face scrutiny, with two complaints filed against him with the Office of Congressional Ethics.

When millions were out of work and markets were hemorrhaging, Malinowski snapped up securities at bargain prices — profiting when valuations recovered. In other cases, he sold shares before they fell substantially, according to the AP’s analysis of a list of trades that his office said he made in 2020.

He also engaged in the controversial practice of short-selling stocks, placing bets that the values of specific businesses would decline at a time when many companies were pleading with the government for a financial lifeline.