Michael Patrick Leahy: Thousands of Georgia Ballots Were Delivered BEFORE They Were Picked Up from Drop Boxes in Georgia on Election Night (VIDEO) 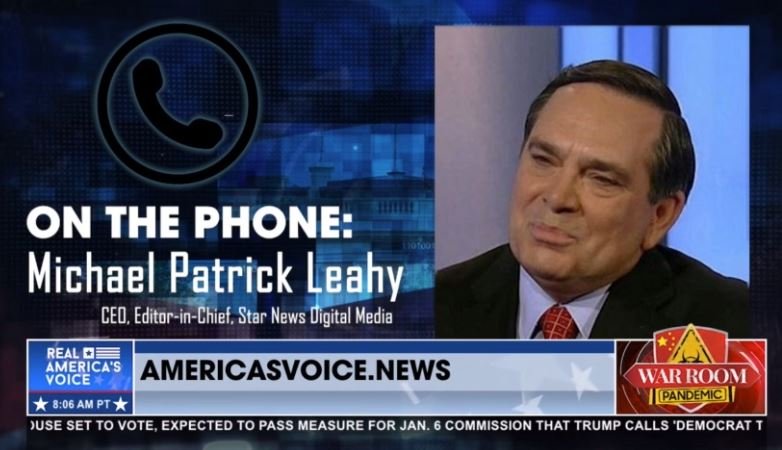 During their discussion, Leahy told Steve Bannon that there are still over 330,000 Georgia ballots without the proper chain of custody documentation.

Michael Patrick Leahy said his media organization sent out subpoenas to all of the Georgia counties.

We’ve reported for months at The Gateway Pundit that the chain of custody documentation in the state of Georgia for absentee ballots is missing for hundreds of thousands of ballots (most likely all for Biden). Biden was awarded the state of Georgia by the likes of Secretary of State Brad Raffensperger and his sidekick, Gabe Sterling, with a winning margin of roughly 10,000 ballots. They certified the state’s results without this legally required documentation.

Five Months Since the Election, Georgia Still Lacks Legally Required Chain of Custody Documentation on 355,000 Votes (Most All Likely for Joe Biden)

Brad Raffensperger has yet to produce the proper documentation.

Leahy then dropped this bomb!

Michael Patrick Leahy: “Here’s what’s shocking about it, 85% of the (dropbox) ballots, or over 50,000 were not transported from the dropbox to the registrar immediately as the Georgia state law requires… 5% of them, well over 3,000 were delivered before they were picked up. How can you do that?

Steve Bannon: Stop, stop, stop! Walk me through – give me that one again. You’re breaking the law of physics.

Michael Patrick Leahy: We have examined, every single one of the 1,100 document transfer forms, collection box, dropbox collections from September 24 to November 3rd… One delivery in College Park was delivered 22 minutes before it was picked up!