Last week, the Gateway Pundit reported about the emergency meeting that was called by the Maricopa County Board of Supervisors, after the County was reportedly unable to provide passwords to the auditors performing an audit of the county’s 2020 Election results.  They also did not provide access to the routers which were requested in the audit as well. 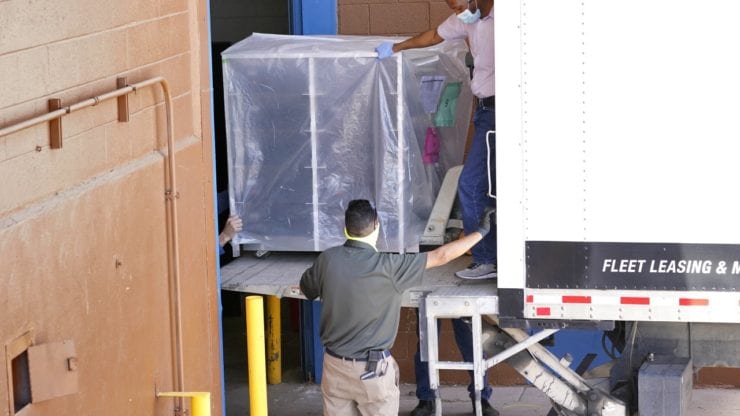 On Wednesday afternoon, it was discovered that “the entire database directory” for the 2020 General election, showing the “Results Tally and Reporting,” had been deleted from the voting machines!

THIS WAS AN EXPLOSIVE DEVELOPMENT.

Also, the Arizona Audit Team found “significant discrepancies” between the number of ballots therein and the batch reports included in the boxes.

Senator Karen Fann called the Maricopa County Supervisors to come before the Arizona Senate next Tuesday and explains how the election databases were deleted from the voting machines just 10 days before the machines were turned over to the Senate forensic audit team!

And… the data drives that were deleted included adjudicated files from the 2020 election.

We are likely looking at criminal behavior at this point.

On Thursday night the Maricopa County Board of Supervisors held a meeting and released a statement smearing the Arizona Senate and the Arizona Audit Team, accusing them of “causing agitation.”

The Maricopa County Board of Supervisors then scheduled a meeting for Monday — the day before the Senate meeting.

‘This is not funny; this is dangerous’ Chairman Jack Sellers says the day after The Daily Show mocked the audit. pic.twitter.com/1F9uJWckh6

Biden’s Secretary of State Tony Blinken, with Ties to Soros, Says the US Does Not Support Taiwan Independence

Save Cash: Get A Lifetime Microsoft Office License (Plus Expert-Led Training) At A Huge Discount

Biden’s Secretary of State Tony Blinken, with Ties to Soros, Says the US Does Not Support Taiwan Independence

Save Cash: Get A Lifetime Microsoft Office License (Plus Expert-Led Training) At A Huge Discount