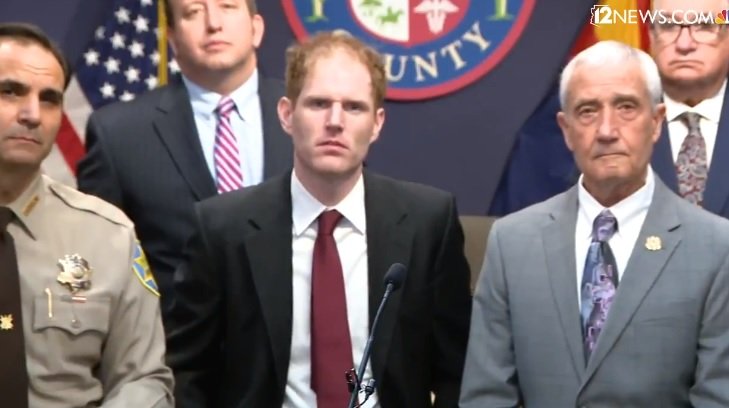 The Maricopa Board of Supervisors and Maricopa’s Soros-backed Sheriff are begging the Arizona Senate to end their audit “for the sake of the country”.

Yesterday the Maricopa County Board of Supervisors (MCBOS) held a press conference where they attempted to gain public support to end the Arizona Senate’s audit of the County’s 2020 Election results.  The entire Democrat and Deep State complex are worried about what this audit will uncover.  They appear to know that there is something hidden in their election results that they don’t want the world to know.

After holding their presser where the MCBOS attempted to discredit the current audit going on, the MCBOS leaked a 14-page report that they allegedly sent to the Arizona Senate. However, per the Head of the Senate, Karen Fann, it was never delivered to the Senate.

Just wondering.: Did the BOS give a copy of the letter to the media? They haven’t sent it to the Senate so maybe you can share your copy ? https://t.co/FpR8WV4qrM

The Conservative Treehouse pointed this out.

Earlier today Arizona GOP Chairwoman Kelli Ward noted the Maricopa Board of Supervisors (BoS) was engaging in a propaganda war against the people of Arizona and the State Senate.  It didn’t take long for evidence to surface.

The Board of Supervisors sends the media a copy of the 13-page letter they claim to have sent to the Arizona Senate.  However, AZ Senate President Karen Fann has never even see the letter.   The BoS sent the letter to the media before they sent it to the AZ Senate.  Yeah, propaganda.

The MCBOS were joined by the Soros backed Maricopa County Sheriff who all begged the Senate to end their audit:

“We are stunned that you are asking us this question”: Maricopa County 13-page response to Senate President Fann’s 5/12 letter builds case that county might bring at some future date: “‘Auditors’ are in way over their heads.” LETTER https://t.co/ivGJnYstcJ

Today the Senate holds their presentation where they are expected to list the many areas where the MCBOS have not complied with their audit.  It is expected to be very informative.