Maricopa County Ballot Audit Takes a Pause for a Week, Massive Irregularities Already Found With Only About 25% Counted 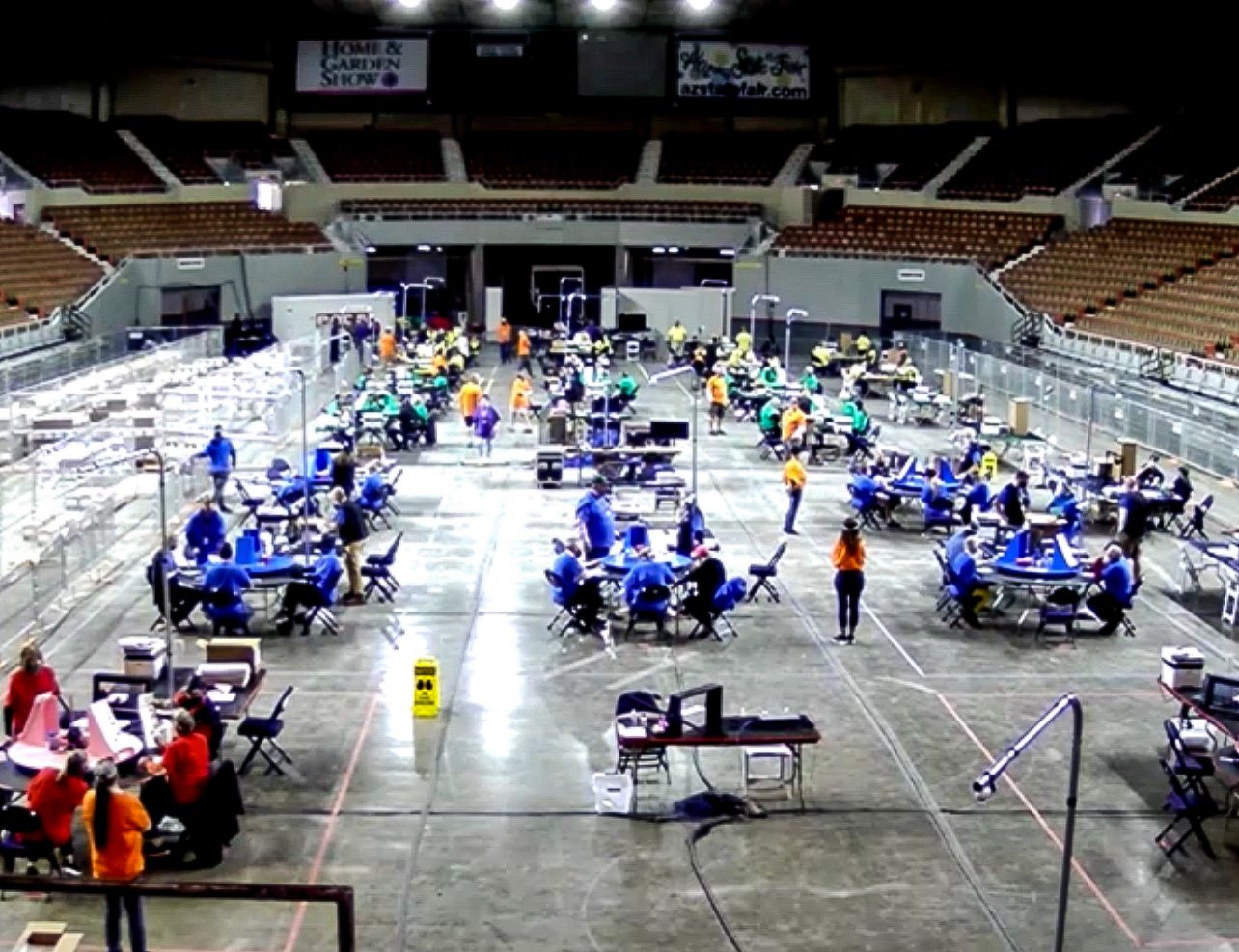 The audit of ballots in Arizona’s Maricopa County will be put on pause until next weekend due to the venue being used for high school graduations.

The operation had to clear out on Friday, with all equipment and ballots being stored for the week.  The ballots and equipment will be guarded by armed security until the audit resumes.

Arizona Senate Republicans are in the process of recounting 2.1 million Maricopa County ballots by hand. Massive irregularities have already been uncovered with only about 25 percent of the ballots recounted.

As the Gateway Pundit previously reported, ballot auditors in Maricopa County are reporting that they have found “significant discrepancies” between the number of ballots therein and the batch reports included in the boxes.

The state senate is now asking Maricopa County officials to appear at a meeting next Tuesday to answer questions about “serious issues” that they have uncovered.

Breaking Update: As we open boxes of ballots delivered by Maricopa County, we are discovering significant discrepancies between the number of ballots therein and the batch reports included in the boxes.

The auditors have been reporting 5-15 percent discrepancies across many boxes, with the number consistently growing. Joe Biden supposedly won the county by only 2.2 percent, according to the official results in November.

Political strategist Boris Epshteyn said on an appearance on Steve Bannon’s War Room show that the discrepancies may actually be as high as 17.5 percent — making him believe it is likely that “Biden did not win Arizona.”

The Gateway Pundit previously reported that Arizona Senate President Carol Fann recently sent a letter to the Maricopa County Board of Supervisors, outlining the major issues discovered already in the audit, and offering to settle them without additional subpoenas or compulsory action.  In the letter, says Epshteyn on Steve Bannon’s podcast, it reveals, ‘Pallet five, batch 2976, 200 pink slip total, actual total 165. They are missing 35 ballots out of that batch.’ He added, ’35 out of 100 is 17.5%. 10 out of 200 is 5%.’”

“Do you know how shocking that is? 17.5% discrepancy in a batch is beyond belief.” He added, “In one they’ve got 18 more than there’s supposed to be, which is a 9% discrepancy. Again, if we are to have any confidence in elections in this country, how can we possibly be okay with discrepancies of double digit percentages? It’s absolutely mind boggling, anything above a tiny fraction of a percentage is unacceptable, by the way, unacceptable according to the Federal Elections Commission.”