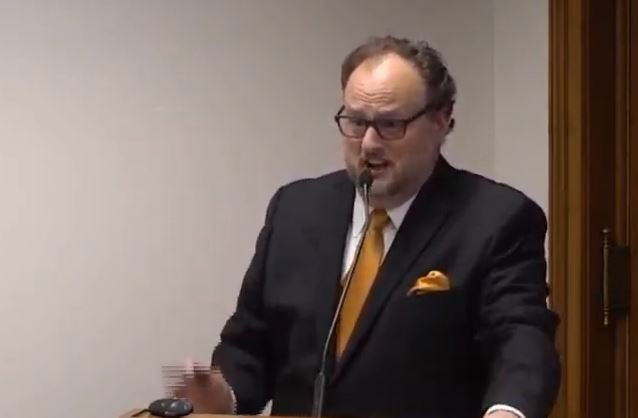 Jovan Hutton Pulitzer is a target of the left because he has the solution to determine whether ballots cast in an election are valid or not.

We first heard of Jovan Hutton Pulitzer in mid-December 2020.  Pulitzer described a bit about his background and then explained how he could determine the validity of every paper ballot in an election.  His method of focusing on the paper ballots and not the voting machines was earth-shattering and brilliant.

THIS IS HUGE: “It’s a Real Simple Fact to Prove that There Was Massive Fraud in This Election” – Inventor of QR Code Can Prove It

We were so convinced of Pulitzer’s methods of forensic analysis of the paper ballots to ensure election integrity, that we requested that the President sign an Executive Order mandating a review by Jovan Hutton using his methods of inspecting election ballots in all the swing states.

There are many reports against Pulitzer but in one excellent article in one magazine, Vents Magazine, Pulitzer is praised:

The opposing side of this battle for election integrity may not be a lightworker who vibrates higher than all other humans on the planet and from what I have seen does not seem to shoot light beams out of either his eyes or hands, but he sure does seem to have success and patents out the wazoo!

Jovan Hutton Pulitzer is quite possibly one of the single most successful and relevant inventors of all time. In an effectiveness and usefulness review of top technology inventors and their patents conducted in early 2019 citing sources such as IPWatchDog, AcclaimIP, USPTO and others, intellectual property professionals put Pulitzer in the number 1 inventor position with an astounding 4790% over the industry average for patent citations compared to Elon Musk who came in at 987% over the industry average on the same scale.

Pulitzer, who has over 200 patents which specifically deal with scanning, machine readable codes and how machines interact with them (such as ballots and voting machines and literally has his patents as part of a licensed portfolio to almost all 15 billion mobile devices on the planet) felt something went horribly wrong with the 2020 general elections.  This prompted Pulitzer to put his 26 years of technological expertise in scanning and digital interactions to good use for the American voters.

Although President Trump didn’t initiate the Executive Orders we requested, it does appear that some people heard us.  The current Arizona 2020 Maricopa County election audit appears to be based in part on Pulitzer’s techniques.  Another effort in Georgia appears to be guided by Pulitzer’s ideas as well.  The left is crazy about these efforts because they know something that we only suspect.

Those on the left are doing all they can to disparage Pulitzer because he is a threat.  His ideas of verifying the paper ballot are unique and genius.

If given the chance, Pulitzer may save the Union by providing actual verifiable results of elections across the country from 2020 and into the future by focusing on paper ballots.