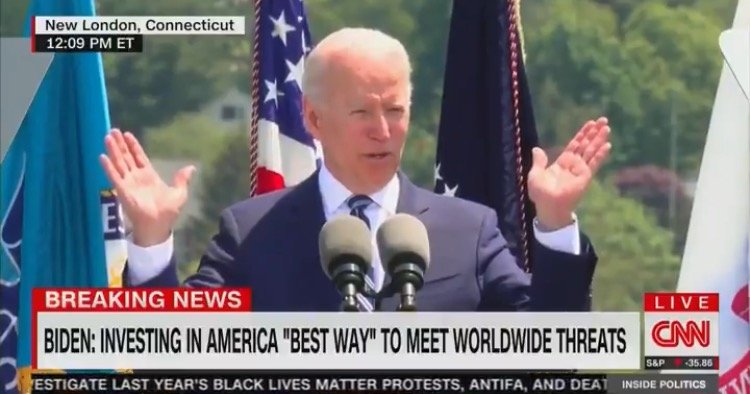 Joe Biden delivered a commencement address at the US Coast Guard Academy in New London, Connecticut on Wednesday.

After blasting the cadets for not clapping like seals, Joe Biden cited mass murderer Mao Tse Tung to inspire the young men.

Mao Tse Tung, a Communist dictator, murdered up to 70 to 80 million Chinese last century, according to most accounts.

Biden bragged about promoting women to leadership roles in the US military when he dropped his favorite quote from Mao ‘women hold up half the sky.’

“There’s a saying that we use in a different context, a Chinese saying that says, ‘Women hold up half the world.’ It’s an absolutely stupid position not to make sure they represent at least half of what we do,” said Biden.

Biden praises growing number of women graduating from U.S. Coast Guard Academy, noting Class of 2021 is over one-third female: “There’s a saying…’Women hold up half the world.’ It’s an absolutely stupid position not to make sure sure they represent at least half of what we do.” pic.twitter.com/ZJu6drshAb

“We’ve got to get real economic relief into women’s hands now,” Biden said last July. “Women hold up half the sky.”