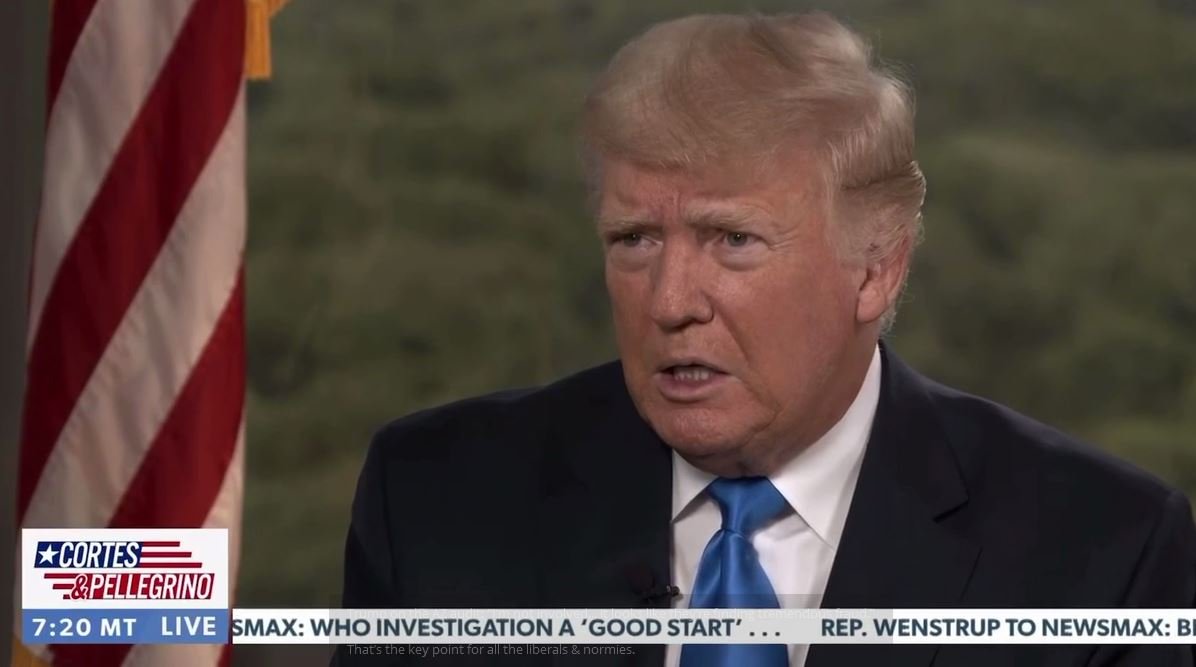 During the interview, Cortez asked the former president about the Arizona audit.

President Trump: What Arizona Republican senators have done and are doing now is incredible. They’re doing a forensic study of the biggest county, and it’s 2.1 million votes. And I think, based on preliminary letters written by Karen Fann, who’s incredible, who’s the head of the senate, based on some of these letters it looks like, I’m not involved, it looks like they’re finding tremendous fraud. Now we’ll see in four weeks, it’s going to take a period of time. They had em move everything because it’s in a convention center.

TRENDING: Creepy Biden Says George Floyd’s 7-Year-Old Daughter Wanted to Sit on His Lap, “My Wife Would Kill Me – We Gave Her Some Ice Cream” (VIDEO)