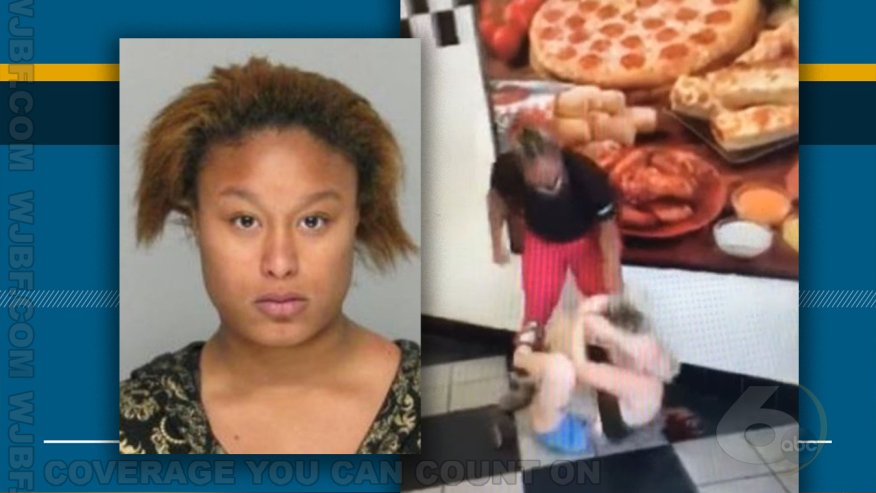 Police are now searching for 25-year-old Brittany Kennedy after she brutally attacked a white woman in a Little Caesars restaurant in Augusta, Georgia on Monday.

As the woman savagely attacked her victim, 22-year-old Emily Broadwater, Kennedy’s six-year-old daughter attempted to pull her off.

The horrific scene was captured on video.

WARNING: It is graphic.

🎵Imagine all the people
Sharing all the world🎶 pic.twitter.com/0vgcDAdHxh

According to a RCSO incident report, the victim was sitting inside the Little Ceasar’s when the suspect, Brittany Kennedy, came in and began talking to the woman. Kennedy then pulls the chair out from under the victim, causing her to fall to the floor. Kennedy grabs the woman by the hair and drags her across the floor of the restaurant. She proceeds to stomp the woman in the face several times, before taking off in a Kia sedan.

The victim was left with cuts, bruises, a black eye, and swollen face. She was treated at the scene, but refused to go to the hospital in an ambulance.

Facebook posts by the victim and the attacker appear to indicate that Broadwater is now dating the child’s father — and Kennedy was upset about it. She has continued to make threats against the victim on social media.