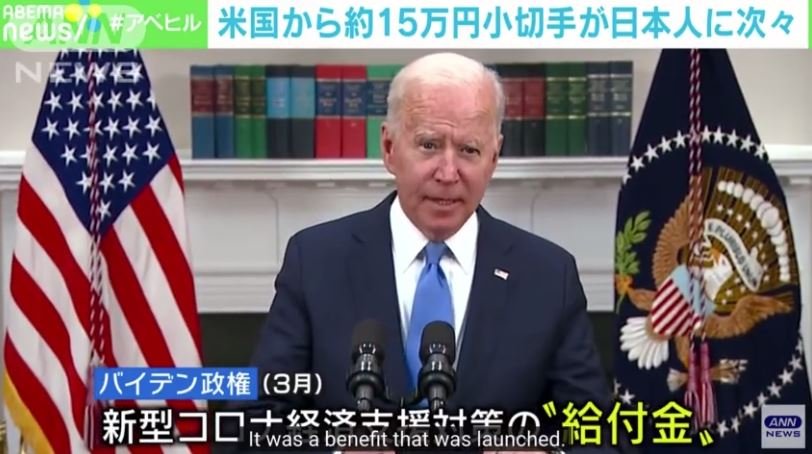 The Biden Administration sent out stimulus checks of $1400 to Japanese citizens who have dual citizenships, green cards and many who are now living in Japan.

The Japanese citizens used to stay in the US and worked temporarily with a business visa and returned to Japan a long time ago.

As there are many people who have a short stay and lower pensions that received the pensions.  This benefit was sent incorrectly to those who are subject to more than a certain annual income.
Ichikawa representative of Overseas Pension Consultation Center, “Most of those who live in Japan and receive American pensions are not eligible. They are not US citizens, do not hold a visa for America, and are not Green Card holders.”
Ichikawa added, “You need to return it to the US tax authority called IRS without cashing it.”

This happened because the US government prioritized the relief of those who needed benefits and proceeded with their business with an emphasis on speed.

Mr. Ichikawa also stated,  “There are about 70,000 people who have been stationed in the United States and, as a result, have returned to Japan to receive an American pension, including their spouses. Somehow the stimulus checks have been delivered all at once to those whose pension amount is below a certain level.”
How insane is that!

Biden is sending checks all over the world!
But, who cares?  It’s not his money and he can always print more.
Here is the video from Japan (again, rough translation):