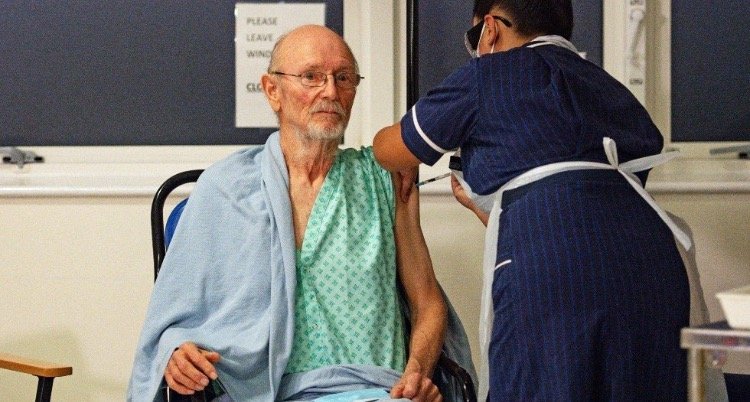 Bill Shakespeare made headlines in December for being the first man to get the Covid vaccine in the UK.

Shakespeare, 81, died of an “unrelated illness” 5 months after receiving the Pfizer-BioNTech jab.

According to British media, Shakespeare died of a stroke and it had nothing to do with the experimental Covid jab. Case closed.

The second person in the world to get the Pfizer-BioNTech jab has died of an unrelated illness.

The 81-year-old, who had served his local community in Allesley for more than three decades, died of a stroke, University Hospitals Coventry and Warwickshire NHS Trust said.

In a tribute, released through the trust, his wife, Joy, said: “Bill was so grateful for being offered the opportunity to become one of the first people in the world to be given the vaccine.

“It was something he was hugely proud of – he loved seeing the media coverage and the positive difference he was able to make to the lives of so many.

“He often talked to people about it and would always encourage everyone to get their vaccine whenever he could.”

We’re sorry to hear of the death of Coventry Labour stalwart Bill Shakespeare. Bill made global headlines as 1st first man to have Covid vaccine. His decades of service to the party were recently recognised by @Keir_Starmer. Our thoughts are with Joy and Bill’s family & friends. pic.twitter.com/ANCTeGFYEs