Despite reaching out multiple times, constitutional attorney Matt DePerno, who Plaintiff William Bailey hired to represent him in the Antrim County, MI voter fraud case, has been ignored by almost every media outlet in America.

100 Percent Fed Up Reports – With the exception of one brave patriot, Rep. Matt Maddock (R), every sitting MI state lawmaker has refused to respond to DePerno’s request to sit down with him and go over the information he and his team forensic experts have obtained in their investigation into Antrim County’s November election, where over 5,000 votes were flipped from President Trump to Joe Biden.

This afternoon, after the 13th District Court Judge Kevin A. Elsenheimer made the decision to dismiss the DePerno’s case, the New York Times, Washington Post, and even CNN emailed DePerno, asking to speak with him about the voter fraud case that was dismissed earlier today. DePerno ignored their request and instead opted to speak exclusively with 100 Percent Fed Up and the Gateway Pundit, who have covered his case since it began shortly after the general election.

In his interview with Jim Hoft of the Gateway Pundit, Patty McMurray of 100 Percent Fed Up, and conservative Michigan Republican activist Matt Seely, Matthew DePerno explained why and how he plans to appeal Judge Elsenheimer’s decision. Mr. DePerno also explained how his investigation into the voting machines used in the November election is not limited to the state of Michigan.

Our podcast was graciously sponsored by My Pillow, whose CEO Mike Lindell continues his brave fight for election integrity. Please support Mike Lindell’s My Pillow company by purchasing his products directly at MyPillow.com. Use the “100GP”
code at checkout to get up to 66% Off My Pillow products.

When you purchase My Pillow products by using the “100GP” code, you can Save up to 66% at checkout. You will also support the efforts of 100 Percent Fed Up and the Gateway Pundit to bring you the news the dishonest mainstream media won’t. 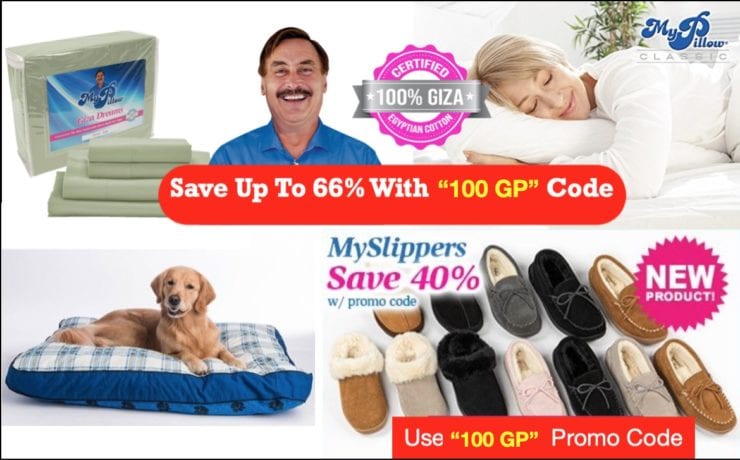 To support Matthew DePerno and his continued efforts to fight for election integrity, go to: DePernoLaw.com and donate to his legal defense fund.