The deeper we dig, the worse it gets.

The infestation is now extensive.

Some returned to China with the most advanced knowledge and techniques, but many are still in the United States funded by U.S. taxpayers.

The following is only the tip of the iceberg.

Some of those invited into U.S. military facilities, like Liang-Ming Liu and Dai-Zhi Peng were clearly identified as PLA officers, other CCP scientists and PLA officers hid their backgrounds.

But no one in the Clinton Administration bothered to check. 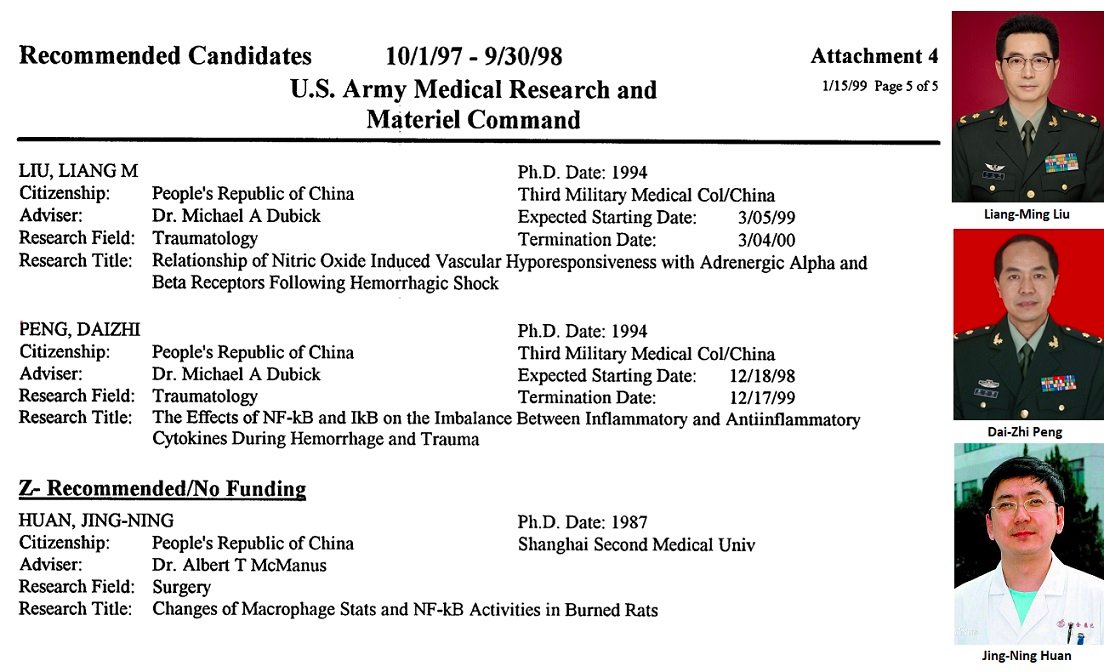 Jing-Ning Huan eventually landed in the laboratory of Dr. Allan Z. Zhou at the University of Pittsburgh. We do not know the full background of Dr. Zhou, but he has since returned to China at the School of Biomedical and Pharmaceutical Sciences, Guangdong University of Technology.

The educational background of Guo-Ping Li is unclear, but she held a permanent position with Bell-Northern Research Ltd. in Canada before accepting a temporary research position studying advanced laser technologies under the same U.S. Army program that brought the PLA officers to the U.S. Army Medical Research and Materiel Command. 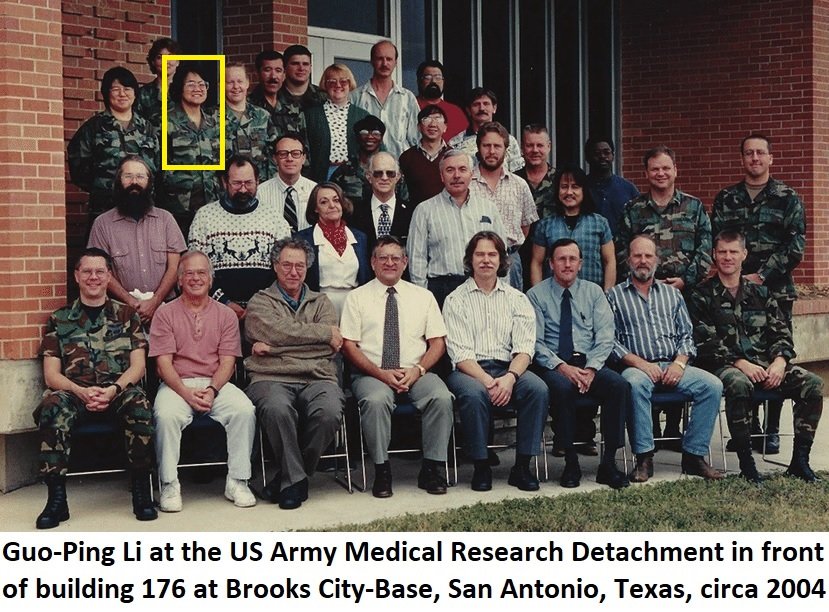 It is also unclear why Guo-Ping Li is wearing a U.S. Army uniform while studying advanced laser technologies at the U.S. Army Medical Research Detachment in San Antonio, Texas, or what happened to her afterward.

There is a Guo-Ping Li now working for the Chinese space program using laser technologies for radio telescopes.

Immediately prior to becoming an employee of the Walter Reed Army Institute of Research, Chunyuan Luo worked at the Institute of Pharmacology and Toxicology, Academy of Military Medical Sciences in Beijing, an element of China’s chemical warfare program.

After leaving Walter Reed in 2012, Chunyuan Luo became a patent examiner for the U.S. Patent and Trademark Office covering the areas of his expertise.

Chunyuan Luo appears on a talent database some consider as an indication of the CCP’s interest or friendship.

Chunsheng Xiang, a citizen of the People’s Republic of China and a CCP member, lied about his nationality being Canadian.

Nevertheless, he was assigned to the U.S. Army Medical Research Institute of Infectious Diseases, where he studied the highly pathogenic and potential biological warfare agent, the Ebola virus.

Chunsheng Xiang is now a professor at Zhejiang University and well-connected to the higher echelons of the CCP and the PLA.

It was during the Clinton Administration that the “scientific chain migration” of CCP and PLA scientists began, which has led to a massive infiltration of U.S. research programs and, no doubt, has contributed to China’s biowarfare program.