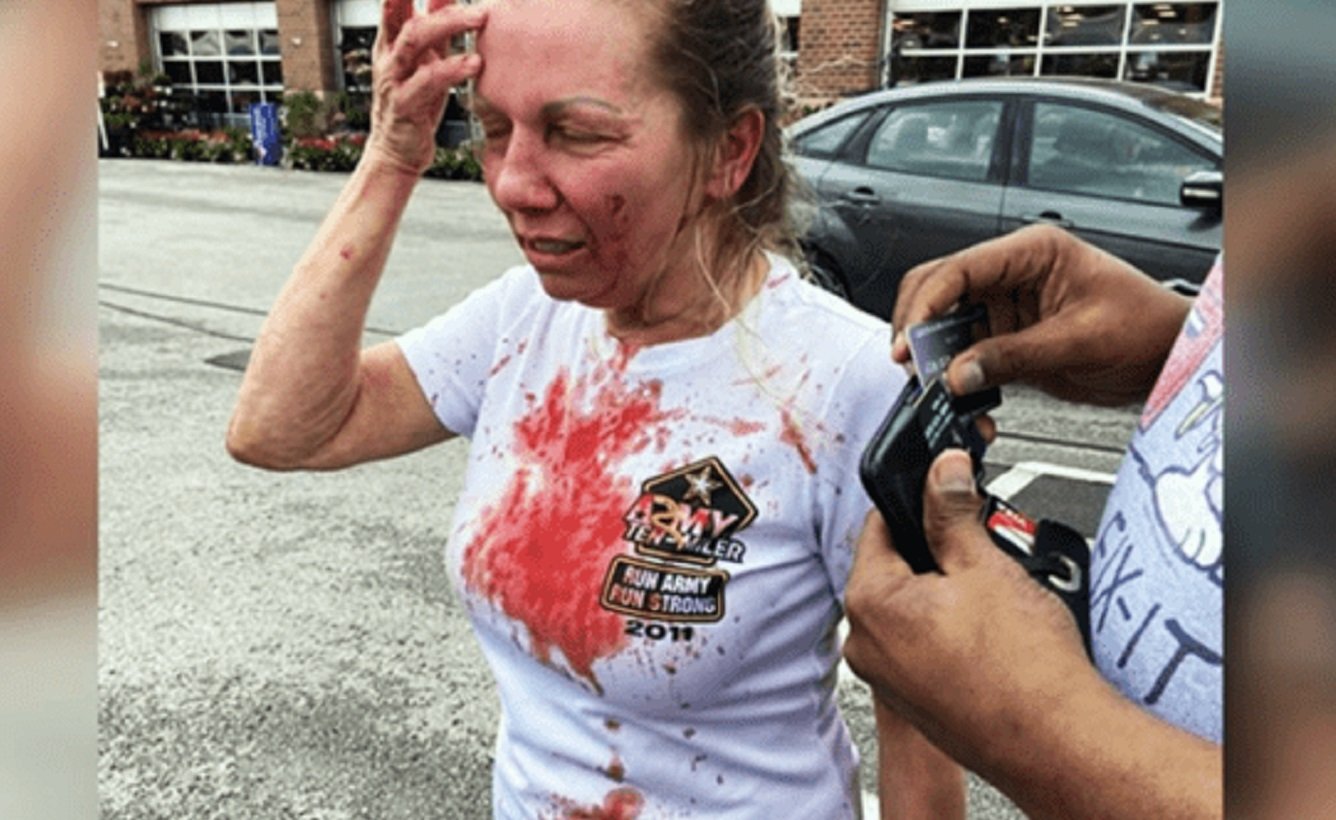 A disabled Army veteran was attacked in a grocery store parking lot in Louisville on Mother’s Day after a group of four black women called her a “white bitch.”

A Kentucky court will now have to decide if the attack was a hate crime — which it very clearly appears to be.

The victim, Pamela Ahlstedt-Brown, told WAVE 3 News that she was leaving a Kroger and was parked in a handicapped space near the entrance. When she started to back out of the space, she said she noticed another vehicle behind her, blocking her in.

The four black women who were in the car proceeded to throw something from a cup at her before they all began mob assaulting her.

“I mean, they were beating me, and I was in a fetal position, covering my face, making sure they didn’t get my eyes,” she said.

Her nose was broken before the attack was stopped by witnesses.

“Following the attack, Brown said she is heartbroken, anxious, and has nightmares, though she’s grateful she made it back to her family alive. Brown and her husband share the concern that race may have played a role in the incident, though Brown’s husband is Black and her children are biracial,” WAVE3 reports.

“I could have been killed, but I know how to protect myself,” she said. “I mean, I’m a strong person… It doesn’t mean everybody is this strong.”

Louisville police said they are investigating the incident and it will be up to the courts to decide if the attack was a hate crime.

“We’re gonna collect all the evidence, present it in court, and they will decide,” a Louisville Metropolitan Police Department spokesman said. “A hate crime is an enhancement, in this case, it’s an assault is where we are at at this time. The courts will eventually decide that.”