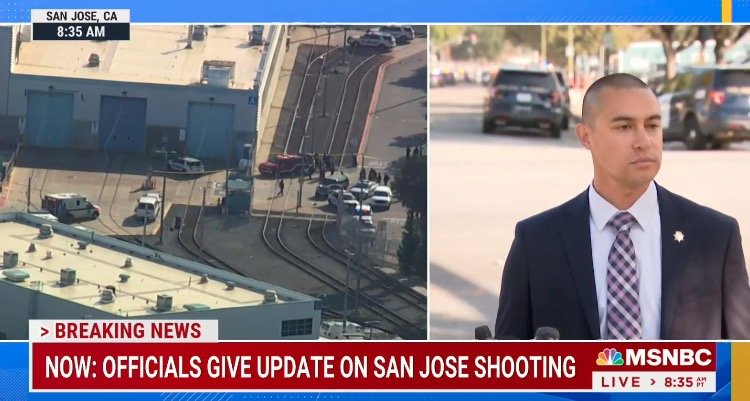 There are multiple fatalities and multiple injuries after a mass shooting at a Santa Clara Valley Transportation Authority control center in San Jose, California.

The shooter is also dead.

According to reports, the shooting was reported around 6:30 AM local time at the railyard where trains are stored and maintenance is conducted.

San Jose officials could not confirm the exact number of victims.

“I can’t confirm the exact number of injuries and fatalities but I will tell you that they are multiple injuries and multiple fatalities in this case,” Santa Clara County sheriff’s spokesman Deputy Russell Davis said. He added that “the suspect is confirmed deceased.”

JUST IN: San Jose officials say “there are multiple injuries and multiple fatalities” from shooting at VTA facility, cautioning that information is “preliminary.” https://t.co/qEvtxR3I4n pic.twitter.com/FHWbhje4R8

Developing…please check back for updates.