BREAKING: Trump Desk Website Down After He Releases Statement Saying ‘Entire Database of Maricopa County in Arizona Has Been DELETED!’ 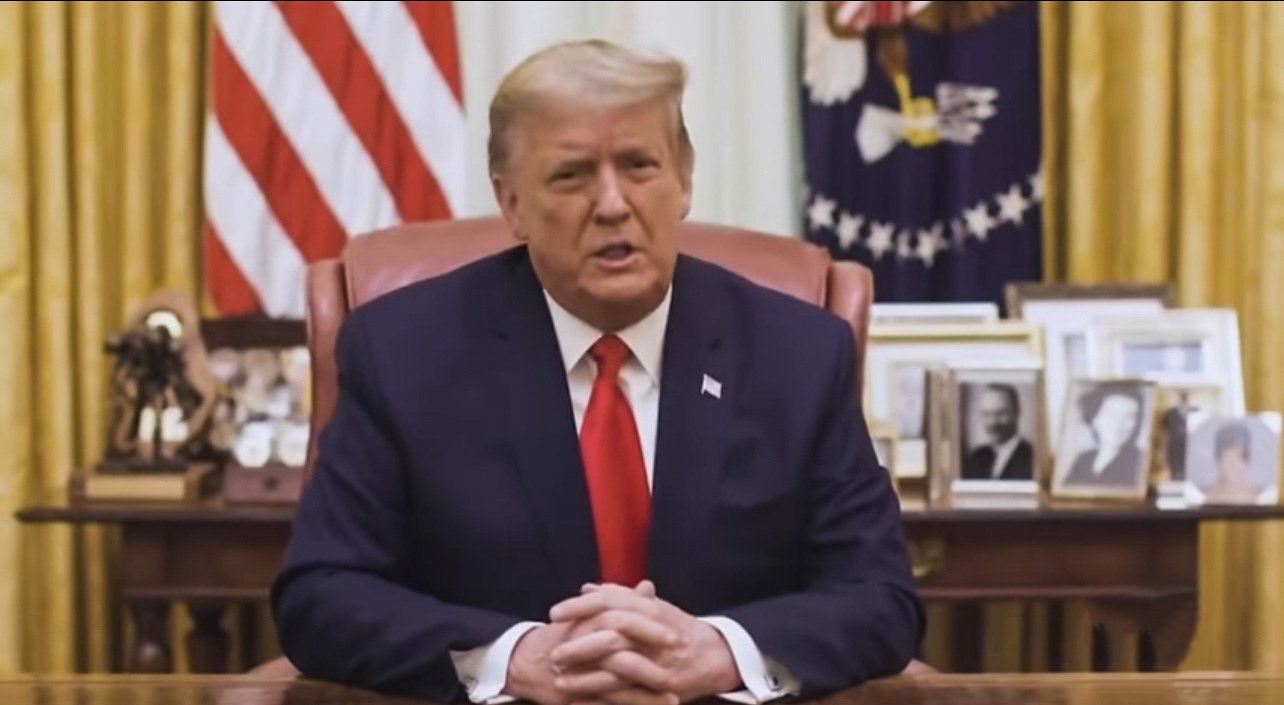 The From the Desk of Donald J. Trump webpage where the former president has been posting statements was down on Saturday after he asserted that the entire Maricopa County ballot database has been deleted.

His statement also alleged massive fraud in the form of “broken seals on boxes, ballots missing, and worse.”

It is currently unclear if the website being down was due to an attack or just an overloaded server from all the traffic attempting to go to it. His main website was still functioning, but the page where he posts statements was generating an error message. 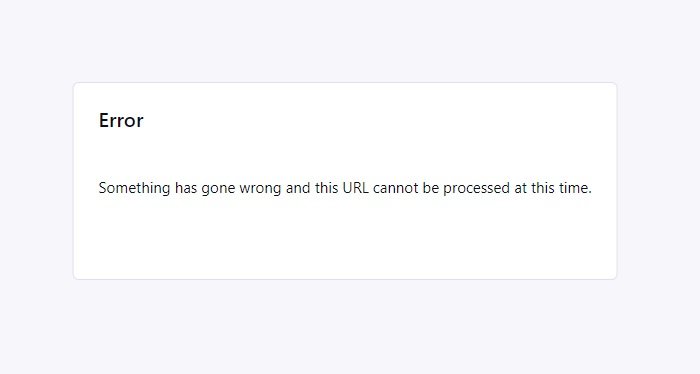 The statement additionally took aim at the cowardly media for not covering the audit or even the possibility of fraud in the election.

In the statement, which was also posted to Gab, Trump said “the entire database of Maricopa County in Arizona has been DELETED! This is illegal and the Arizona State Senate, who is leading the forensic audit, is up in arms.”

“Additionally, seals were broken on the boxes that hold the votes, ballots are missing, and worse,” the statement continued. “Mark Brnovich, the Attorney General of Arizona, will now be forced to look into the unbelievable Election crime. Many Radical Left Democrats and weak Republicans are very worried about the fact that this has been exposed. The DELETION of an entire database and critical election files of Maricopa County is unprecedented.” 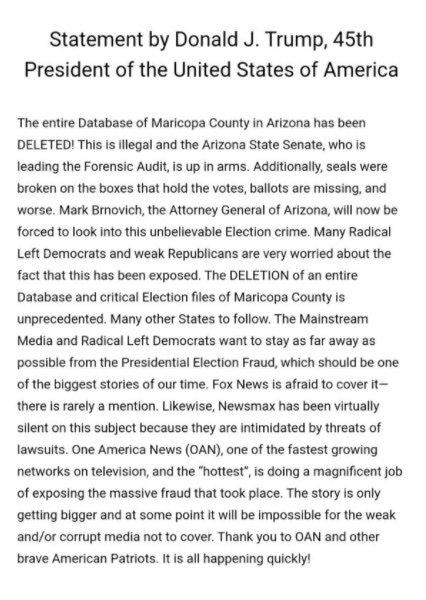 He also took aim at cowardly right-wing media, while praising One America News.

Trump wrote, “many other states to follow. The Mainstream Media and Radical Left Democrats want to stay as far away as possible from the Presidential Election Fraud, which should be one of the biggest stories of our time. Fox News is afraid to cover it — there is rarely a mention. Likewise, Newsmax has been virtually silent on this subject because they are intimidated by threats of lawsuits. One America News (OAN), one of the fastest growing networks on television, and the ‘hottest’ is doing a magnificent job of exposing the massive fraud that took place.”

“The story is only getting bigger and at some point it will be impossible for the weak and/or corrupt media not to cover. Thank you to OAN and other brave American Patriots. It is all happening quickly!”