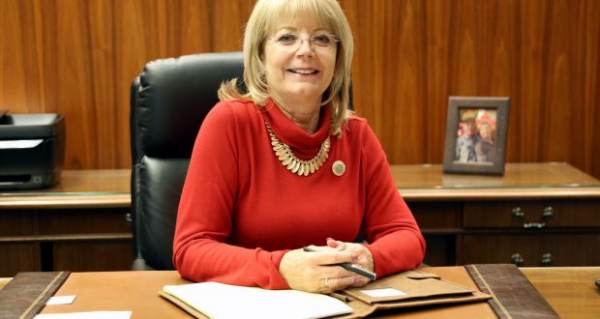 The Arizona Department of Public Safety was called to investigate a suspicious package sent to the office of Arizona Senate Leader Karen Fann.

An aide to the senator opened a letter with an unidentified white powder inside on Wednesday when authorities were called.

This took place as the Senate’s audit of the 2020 election continues. Vote counting and inspections will continue next week.

TRENDING: “It’s Bullsh*t!” – AZ Democrat Senator Martin Quezada Loses It – Tells TGP Reporter He Wants to Get Rid of Voter ID – Says It’s Harder for Minorities to Get a License to Vote –VIDEO

Democrats are fighting to stop the audit and continue to attack the Republican State Senators.

The Department of Public Safety made a visit to Arizona State Senate President Karen Fann’s office Wednesday to investigate reports of an “unidentified white powder” that arrived at the office in a mailed letter.

An aide in the Senate President’s office opened a letter addressed to Fann at about 4:30 pm on Wednesday, and saw a “small amount of substance” inside the letter, according to Mike Philipsen, Director of Communications for the Senate GOP. Philipsen also said that DPS sent a hazardous materials team to the senate at about 6:30 pm on the same day to run tests.

In an email on Thursday, Philipsen wrote that on Wednesday, “an assistant in President Fann’s office opened a letter addressed to the President. A small amount of substance was observed from the mailing…Out of an abundance of caution, the assistant contacted the Department of Public Safety, and its Hazmat team was alerted.”

DPS Public Information Officer Bart Graves confirmed in an email to Newsweek that, “on May 19 at approximately 1629 hours, DPS responded to the Arizona State Senate in response to a suspicious package call. The package was secured by DPS Hazardous Materials Response Unit and submitted to the DPS Crime Lab. Investigation continues regarding the package.”