BRAVO: Trump Supporter Goes on Absolutely Epic Rant at Gas Station, Says Everything We Have All Wanted to Say to Biden Voters (VIDEO) 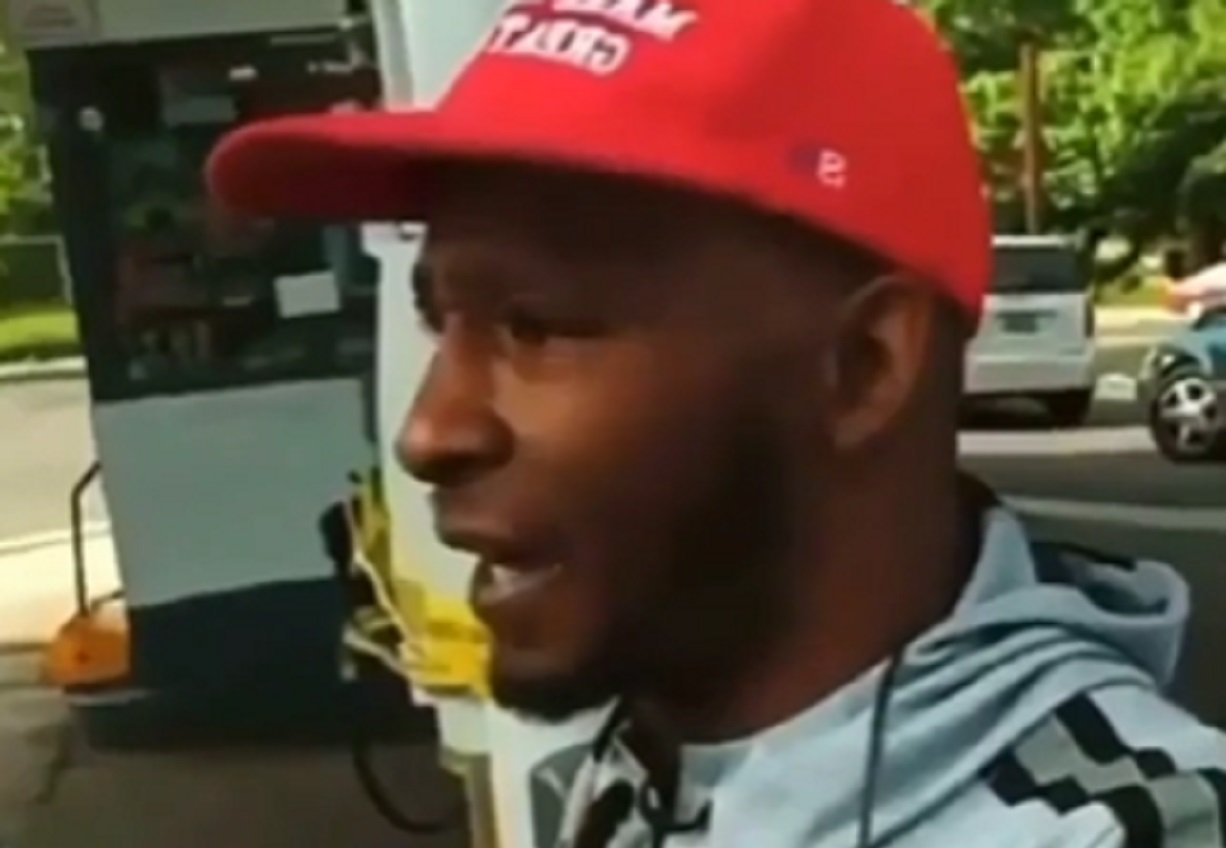 A Trump supporter said exactly what all of us have been thinking during an absolutely epic rant at a gas station.

In a video posted to Instagram, the infuriated man paces around a gas station demanding to know why Joe Biden voters are not being forced to stand by every mistake the president makes — the way that Trump supporters had to defend every single thing he did.

“Where the f-ck are the Joe Biden supporters?” the man shouts at the crowded station at the beginning of the video. “I can tell y’all why I support Trump, tell me why y’all support this motherf-cker.”

He walked around for a minute before noting that “ain’t nobody saying nothing,” as no one was willing to stand up to him and defend Biden’s honor. He noted that liberals had a “whole lot of energy” to open their mouths when Trump was in office.

As people filled their cars with the newly overpriced gas thanks to the administration’s policies, he explained that every day he had to explain why he supported Trump.

“I had to stand behind that sh-t every f-cking day,” he says in exasperated frustration. “I don’t hear no motherf-cking body telling me why they support Joe Biden or all this goofy sh-t.”

Warning, the language is not safe for work or children, but it is WELL worth watching.

He told a story about how he asked his uncle about the harm Biden is doing and his uncle pretended he didn’t support it — despite voting for it.

“YES. YOU SUPPORT IT. If you voted for Joe Biden you support all of this sh-t,” he says into the camera. “When I was with Trump I had to tell you that I supported every f-cking thing that he did, and I justified what the f-ck he did.”

He pointed out that the problem of children at the border is on Biden voters now.

“Turning your little boys into little girls, you can’t tell me you’re with that sh-t,” he says. “YOU VOTED FOR JOE BIDEN, YOU’RE WITH IT. You all want to detach yourselves from everything that Joe Biden’s doing like it’s just him, no. You voted for him. That’s what the f-ck you wanted. OWN IT.

‘Everybody Is Very Concerned’: DC on Edge as Chinese-Made Drones Are Detected in Restricted Airspace