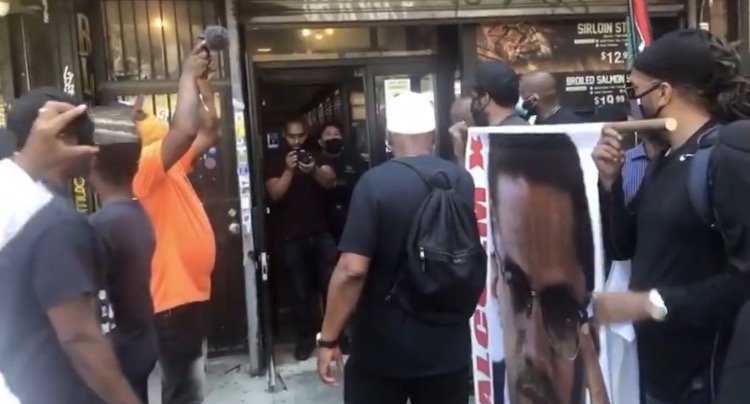 Harlem – A mob of Black Lives Matter terrorists shut down a block of businesses in New York because it “insulted” them for the businesses to be open on Malcolm X’s birthday.

The mob roved through 125th Street in Harlem on Wednesday and forced businesses to honor Malcolm X by closing shop.

“Every store on 125th Street was notified that it is Malcolm X’s birthday, so if you’re open, we take that as disrespect!” one of the activists shouted into a bullhorn.

On Malcolm X’s birthday a BLM group shut down a block of businesses in NY because it “insulted” them for the businesses to be open on his Bday. This is what mob rule looks like. Vile. pic.twitter.com/AdRCH2s0tc

A Planet Fitness on 125th Street in Harlem dared to stay open so the mob of Black Lives Matter terrorists shut them down on Wednesday.

Every year on May 19, activists ask businesses on 125th Street in Harlem to shut down for three hours in honor of Malcolm X’s birthday. Most usually comply.

This year, @PlanetFitness chose not to shut down. So activists shut down Planet Fitness.@DoshonFarad explains. pic.twitter.com/mlDcU60E9V