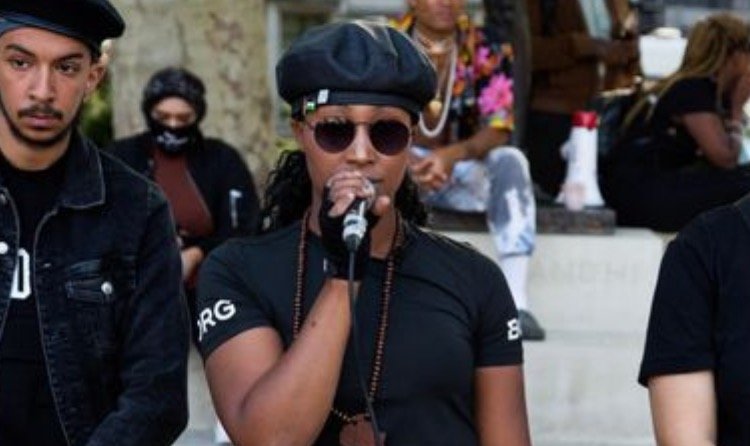 A Black Lives Matter leader was critically injured in a shooting at a gathering in Southwark, south London early Sunday morning.

27-year-old Sasha Johnson was shot in the head and is currently hospitalized with life-threatening injuries.

According to British media, the police say that so far there is no evidence to suggest Johnson was a victim of a targeted shooting.

BLM activists however are claiming she was shot for her political activism.

Here’s footage of Sasha Johnson calling for a revolution and saying ‘the police is no different from the KKK.’

#BLM leader Sasha Johnson is in hospital with life-threatening injuries after being shot in London. She rose in prominence last year for her advocacy of the creation of an armed black militia, the abolishment of police & the overthrowing of capitalism. pic.twitter.com/Q9doTLPCvw

“I promise you, I don’t threaten. Come out there-let’s live through the promise,” Johnson told someone challenging her radical views.

“I promise you, I don’t threaten. Come out there-let’s live through the promise”

BLM leader Sasha Johnson was controversial not just for her political activism, but for her confrontations with others as well. The woman was severely injured in a shooting. pic.twitter.com/p3fnFXkc9d