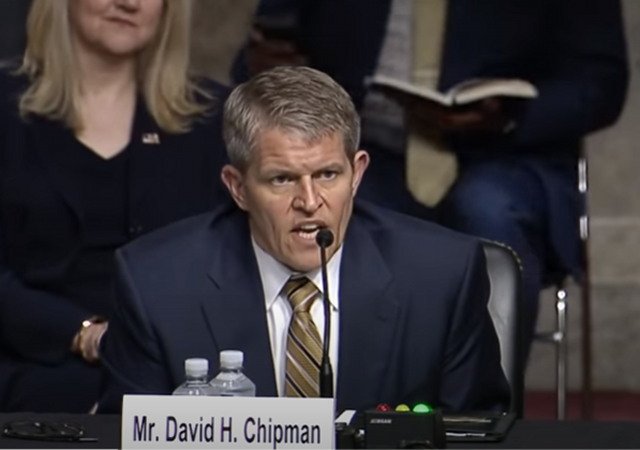 Joe Biden’s pick to head the Bureau of Alcohol, Tobacco and Firearms is a gun control activist who has pushed conspiracy theories about the Waco Siege.

During a Senate hearing this week, he admitted that he wants to ban certain weapons.

This man has no business heading the ATF.

Under questioning from Texas Senator Ted Cruz Wednesday during his confirmation in front of the Senate Judiciary Committee, President Joe Biden’s nominee to head the Bureau of Alcohol Tobacco and Firearms openly stated he believes the AR-15, the most popular rifle in the United States, should be banned.

Further, he said he believes AR-15s that have already been purchased lawfully by millions of Americans should be registered and those who refuse to do so should face criminal charges.

See the video below:

WATCH: Sen. Ted Cruz gets Joe Biden’s ATF Director nominee David Chipman to admit that he wants to BAN the AR-15, the most popular rifle in America.

“With respect to the AR-15, I support a ban.” pic.twitter.com/6nDgalAkRj

Chipman also gave a bizarre answer when asked to define what an assault weapon is.

“Any semi-automatic rifle capable of accepting a detachable magazine above the caliber of .22” pic.twitter.com/EA4NveiqKt

“Is a law-abiding gun owner a threat to public safety in your view?”

This man should be nowhere near a position of power. pic.twitter.com/rkapzA7Q8m

The Senate should NOT confirm this man to the ATF.