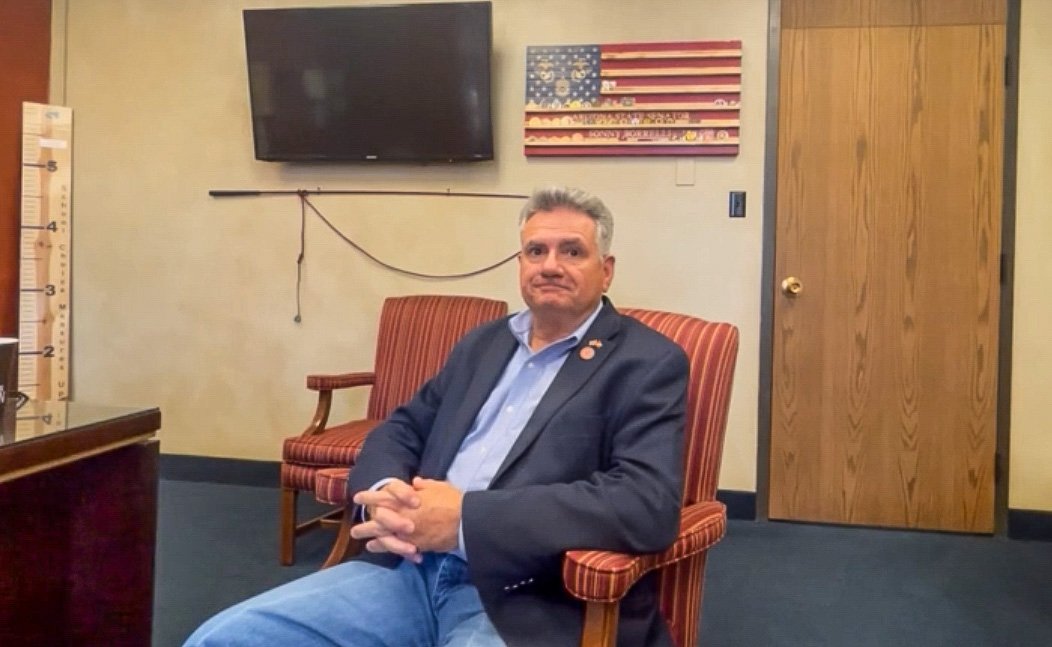 On Monday, the MCBOS failed to attend a meeting requested by Senate Leader Karen Fann covering her devastating letter to the Board on May 12. Instead, they held their own meeting Monday, in response to her letter.

Jordan Conradson from The Gateway Pundit discussed these recent events with Senator Borrelli.

TRENDING: Biden Annoyed at Lack of Enthusiasm From Coast Guard Cadets: “You Are a Really Dull Class – Come on, Man!” (VIDEO)

Conradson: The Board of supervisors refused to attend their meeting yesterday. What does that tell you?

Borrelli: It’s very disappointing because Senator Fann had questions about things that they had found, and they were legitimate questions… It was very disappointing that the meeting they had Monday was all accusatory and totally defensive and it really wasn’t warranted because the letter than Karen Fann sent to the supervisor was not accusatory. It was just asking questions on some of the things that were found… for them to not show up on Monday was completely disrespectful but then how they acted on Monday was very telling on their whole position…(on deleted data) It was deleted! So we have to find out how did it get deleted? They’re denying that it got deleted and they have no concerns of that and they don’t even want to know how or why it got deleted. It’s very troubling because nothing is supposed to be deleted for 24 months. Everything is supposed to be intact.

Conradson: I thought that they didn’t actually deny data being deleted, but denied being the ones who deleted it?

Conradson: So who does that leave?

Borrelli: That’s a good question and that was one of the questions they should have answered.

Conradson: So do you think it could have been Dominion that deleted the files?

Borrelli: It could be. It could be a tech mistake. It could have been all kinds of stuff but these are the things that need to be looked at. If their practices are faulty or someone is negligent, well then you need to find out… that’s pretty much the impetus of this audit, to find out if there was any discrepancies and what do we need to do to fix that for future legislation for future elections.

Conradson: So what’s the next step in enforcing the subpoenas on routers and passwords?

Sonny Borrelli: I’m not going to signal any kind of strategy but we’re just going to continue on with the audit after the graduation ceremonies that are going on at the coliseum. They’re going to resume going back to the headcount and verifying all of the ballots. So we’re just going to continue to march and do what we’re doing. We’ve been asking for cooperation from the supervisors from day one. The Supervisor Chairman and Hickman said they’re more than willing to cooperate, they want to cooperate, they want to have an audit and they want to work with us. But as soon as the gavel hit, it was the complete opposite.

Jordan Conradson: Have there been any more intimidation tactics by the DOJ?

Borrelli: No, and I thought that letter was kind of comical because we were not intimidated because all of the things they were accusing us of were all of the things that were caused by the Secretary of State’s office and the MCBOS. From day one we did not want any of the equipment or any of the ballots to leave the premises. We wanted to inspect the equipment there, intact, in the same environment where the election was held. So nothing needed to leave the premises and cause us to go to another location and hire a boat load of extra security and other logistics costs that we had to pay, and the SOS never once intervened and said timeout here there is a chain of custody issue.

Conradson: Will this audit continue next Monday?

Borrelli: Yes. Everything is in a secure location with armed security on them, we got cameras, lights on them. Nothings going to get near them and when we get the coliseum back, were going to continue to march and finish out the mission. You know I just find it really amazing, the supervisors, the SOS office, the Democrats are all saying this was a free and fair election. It was perfect. Ok great! Let us help you prove it. I’ve never seen someone fight so hard against somebody trying to help prove that they were elected.

The audit will continue next Monday