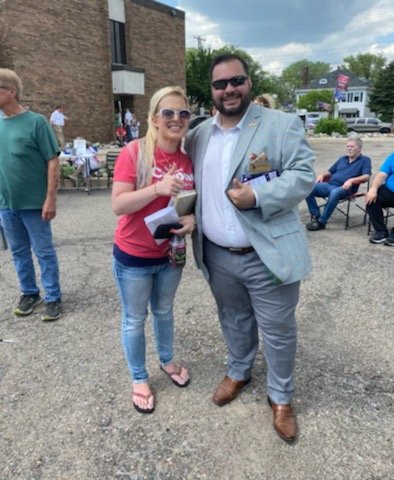 Trump Republicans protested at the Michigan Republican Party’s headquarters in Lansing, Michigan today. They were upset that the Executive Director of the State Party, Jason Roe, has made repeated dismissive and NeverTrump statements to groups and candidates and were hoping to get the attention of the new Party Chairman to fire Roe.

This past month Roe was at a Michigan political event where he got into arguments with several Republican activists and candidates for office about the Trump legacy and about allegations of voter fraud in the 2020 election.

Roe told conservatives they were idiots for supporting Trump, idiots for believing in voter fraud, and that the only way forward was by supporting moderate Republican candidates such as the many he has worked for in the past, including moderate California Bush-ally James Rogan, who lost his re-election to notorious Adam Schiff.

Michigan Republicans fired former State Chair Laura Cox, who mismanaged the 2020 elections in the battleground state and also failed to do anything serious to protect the integrity of the vote. Activists were forced to show up and fight at the TCF Center in Detroit when the ongoing voter fraud became apparent, the Michigan Republican state party was largely absent.

Cox was replaced with Ron Weiser, a real estate billionaire Trump fundraiser and ‘bundler’ who is a political moderate, but who promised to promote conservatives. Weiser ran with Co-Chair Meshawn Maddock, who is a pro-Trump conservative, to offset the moderate image.

Mellissa Carone, the Dominion whistleblower who came forward as a fearless champion against voter fraud and is now a candidate for office, was at the protest and demanded the Michigan Republican Party “clean house.” 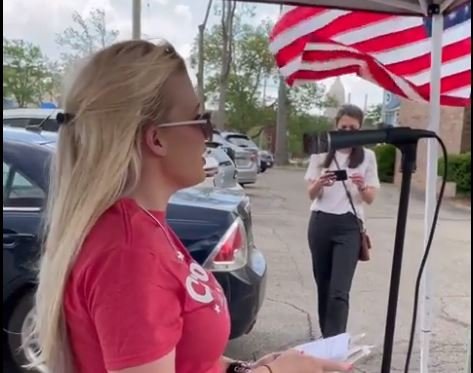 “Jason Roe is not right for Michigan,” Carone said.

“Imagine if someone applied to work for the state party in 2009 and said they hated George W Bush, hated everyone who voted for him, and wanted to work to undermine everything he did,” Carone continued. “If you were foolish enough to still hire someone like Jason Roe for the party, you would at least tell him to never speak in a group and openly disrespect activists and candidates.” 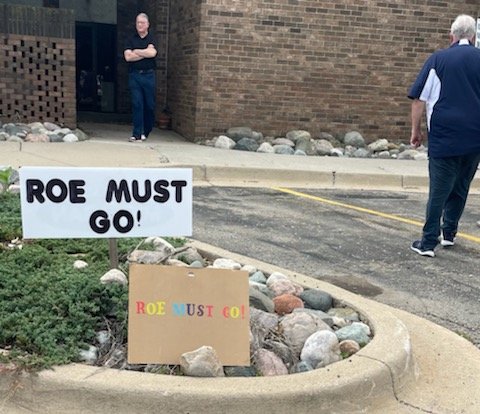 The Detroit News reported on the protest here. 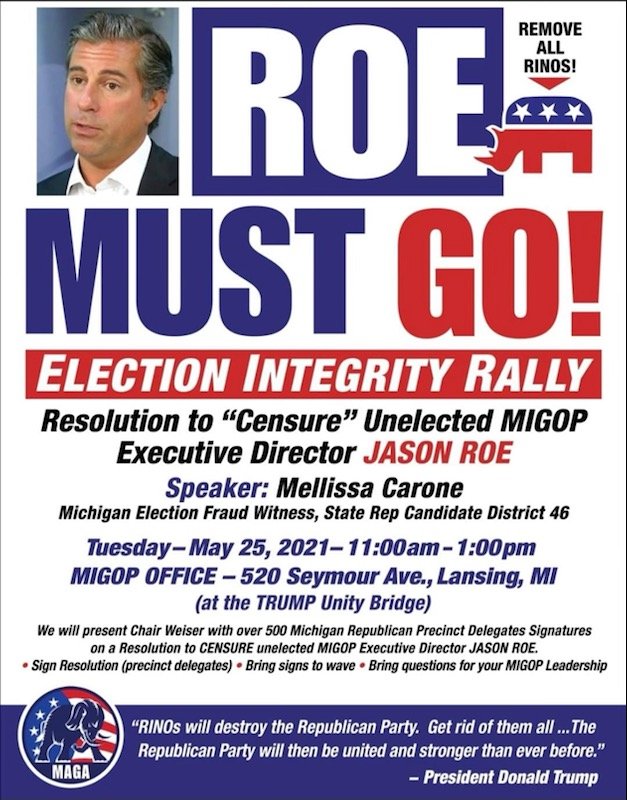