As Gas Prices Soar, One Missouri Senator Stands to Make Millions from the Gasoline Tax Hike He Demanded 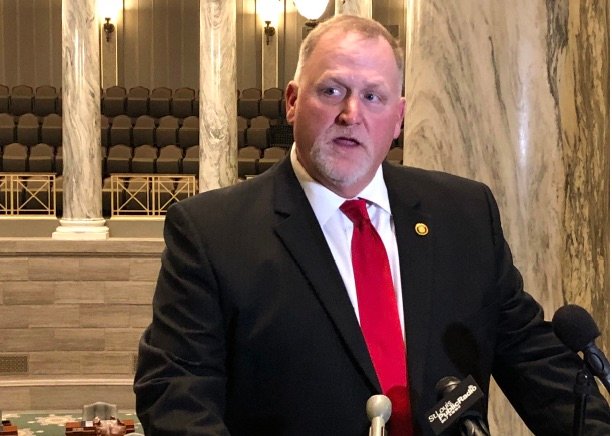 Schatz’s ultimatum was one of the most shameless and self-serving power-moves in recent Missouri history.

And Schatz got his way.

After hours of debate and negotiation, on the last full day of the session last week, the Missouri House agreed to pass the largest gasoline tax in the state’s history, raising the gas tax to 29.5 cents from 17.5 cents, more than a 40 percent increase. The increase will be phased between now and 2025.

The timing of the tax increase could not have been more insulting to Missouri residents. On the heels of the COVID shutdown and with the Biden Administration’s goal of $7.50 gasoline by July 4, the tax will compound the financial hardship Missourians will face.

Based on 2020 gas tax receipts, the tax hike will provide $278 million for road construction, as Missouri law requires the money go exclusively to transportation infrastructure.

Dave Schatz’s company stands to take home a big cut of that nearly $300 million dollars. The company is featured as a government contractor on govserv.org‘s website of companies that work primarily on government projects. Every mile of new or replaced road and highway in Missouri will have pipes and cables running under it. It’s how services get delivered to homes and businesses.

And laying those pipes and cables is exactly what Schatz Underground does, according to their govserv.com :

We specialize in project management, engineering, and construction of aerial, buried, and underground conduit systems for the following utilities:

Our personnel are equipped to provide services in an ever-growing range of associated services and technologies. Our dedicated training programs and the acquisition of new equipment, have allowed us to become a major partner with our clients in a growing industry. Our personnel have installed thousands of miles of fiber optic cable, copper cable, electrical, and coax systems for public, government, and private carriers in city environments, rural environments as well as private and public right of ways.

By threatening to effectively scuttle the session’s entire book of work, Schatz left his colleagues with little choice but to cave.

Missouri’s Hancock Amendment requires all tax increases to go to a vote of the people. But Schatz’s massive gas tax increase will not face public scrutiny.

Schatz tacked on a ridiculous and onerous rebate scheme that theoretically allows Missouri tax payers to request a rebate for the increased gas tax.

The rebate claim must be filed once a year during a small window. So, save your receipts.

Schatz knows very few people will qualify for the rebate. The scheme was a crooked way around laws meant to protect Missouri taxpayers.

At least, now, Illinois residents won’t feel the need to drive across the river to get gas. Instead, Missourians will be crossing into Iowa, Kansas, Oklahoma, Arkansas, and Kentucky to fill their tanks. Except, of course, those stuck in the middle of the state. Middle and eastern residents will have to shoulder the burden of the largest gasoline tax hike in Missouri history.

If it makes you feel better, one state senator named Dave Schatz will be a lot richer.