Arizona Rep. Mark Finchem Op-Ed: The Left Is So Convinced Biden Won the 2020 Election They Are Fighting Against a Forensic Audit in AZ 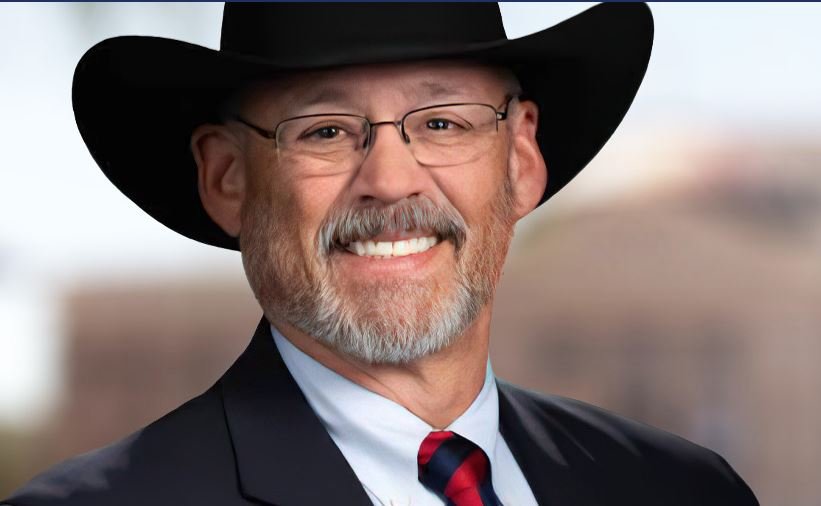 The display of PTDS —Persistent Trump Derangement Syndrome— in the national news filter is the most obvious sign of the ongoing attempt of the Marxist community to tell people that their vote matters, all the while telling those same people to sit down and shut up.

As the Arizona Senate forensic audit progresses with their mission to prove or disprove that there was either fraud or incompetence in the election just passed, promotors of propaganda like Joe Scarborough and Vanity Fair’s Eric Lutz recite the same threadbare narrative hoping that someone will believe the tripe that they serve up. What these mouthpieces of the unitary communist movement can’t seem to grasp is that the majority of Americans want to see verification and validation of an election surrounded with controversy. In a world where confidence in our institutions seems to have melted away like butter in the hot sun, individuals willing to stand up for the right of the PEOPLE to scrutinize their elections must be a part of the process. Secretaries of State are there to ensure your voting rights are protected, and that includes maintenance of the process.

The increasingly marginalized media refuses to acknowledge facts already provide evidence that something went wrong. They will tell you the claims are baseless, but they are a matter of court record . In the world of systems analysis known by monikers including Process Excellence, Six Sigma, and LEAN, process engineers are diligent about answering process-oriented questions. Since the media cannot win the argument on facts, they rely on the worn-out tactic of “killing the messenger” by way of marginalization.

Secretaries of State in the various states play a significant role in making sure that elections are free and fair. But not all of those currently in office have the PEOPLES’ interests foremost in their minds. Arizona Secretary of State, Katie Hobbs for example, is on the record taking a position that she hopes to tighten laws to ensure this doesn’t happen again. On MSNBC she recently stated, she has been communicating with several Secretaries of State, Governors and Attorney Generals, “who are very closely watching what’s happening in Arizona to try to make sure it doesn’t happen in their states.”

Aside from the obvious hatred of the Legislature’s role to engage in oversight of elections, it seems the BIG LIE left loves the darkness and hates the light. While the radical leftist media complex obsesses over their BIG LIE, “this was the safest and most secure election ever” narrative, and their conspiracy theories about the events that ensued after November 3rd, 2020, they ignore the words of their own heroes.

James Bryce in his 1888 book, The American Commonwealth opined,

“Public opinion is a sort of atmosphere, fresh, keen, and full of sunlight, like that of the American cities, and this sunlight kills many of those noxious germs which are hatched where politicians congregate. That which, varying a once-famous phrase, we may call the genius of universal publicity, has some disagreeable results, but the wholesome ones are greater and more numerous. Selfishness, injustice, cruelty, tricks, and jobs of all sorts shun the light; to expose them is to defeat them. No serious evils, no rankling sore in the body politic, can remain long concealed, wand when disclosed, it is destroyed.”

Even the WaPo says in the flippant manner, “democracy dies in darkness.” This nation is currently engaged in a battle of light versus darkness. So let us take just a moment to revisit commentary by some those leftists who dared to call out how easy it is to hack American elections:

“I know America’s voting machines are vulnerable because my colleagues and I have hacked them repeatedly.” -Prof. J. Alex Halderman.

“I actually held a demonstration for my colleagues here at the capitol. Where we brought in folks who before our eyes hacked election machines.” -Sen. Kamala Harris (Ca-D)

“Early voters in Georgia in 2018 saw machines deleting votes and switching them to other candidates.” -Rep. Zoe Lofgren (GA-D)

“Studies conducted in 2007 found security vulnerabilities where one compromised voting machine could then infect the entire fleet of machines for an entire county.” -Prof. Dan Wallach

“The machines used in Georgia have been demonstrated to be hackable through a virus that is carried on ballot definition cartridges.” -Prof. Andrew Appel

“They say Michigan could be vulnerable as one of at least four states — along with Florida, Illinois, and Wisconsin — that use cellular modems to transmit unofficial election results. In an Oct. 2 letter to the U.S. Department of Homeland Security and the U.S. Election Assistance Commission, 30 academics, security experts and election integrity activists — including a computer science professor at the University of Michigan — expressed “grave concerns” about the devices.” -Paul Egan, Detroit Free Press.

The conspiracy theory is that we had the “safest and most secure election in history,” is one worthy of passing out tin foil hats.

It is odd indeed that the left, which is so convinced that Joe Biden won in a fair and fraud-free election does not want to embrace a forensic audit, the work product of which will also be available for all to scrutinize, that might prove to the opposition that Joe won.

Representative Finchem is running for Arizona’s Secretary of State in 2022.  You can donate to his campaign here.