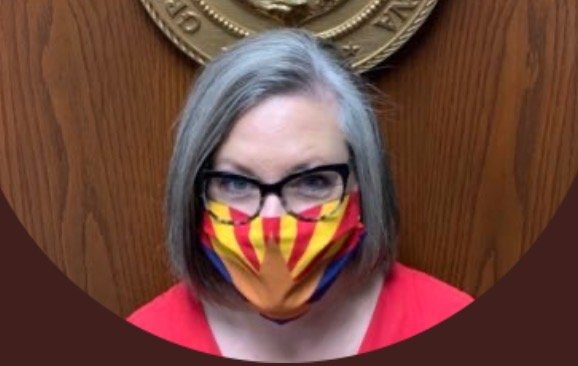 Arizona Attorney General Mark Brnovich filed a motion to intervene on the DNC versus Hobbs lawsuit on Tuesday.

The lawsuit filed by Democrats will allow the use of ballot harvesting and out-of-precinct voting.

Why is it that every Democrat party election lawsuit makes it easier for them to cheat?

Crooked Katie Hobbs refused to appeal the lawsuit so the Arizona Attorney General jumped in today to intervene on behalf of Arizona voters.

Tuesday, March 3, 2020
On Tuesday, Attorney General Mark Brnovich filed a Motion to Intervene with the Ninth Circuit Court of Appeals on behalf of the State of Arizona in the Democratic National Committee lawsuit challenging Arizona’s ban on ballot harvesting and statutes regulating out-of-precinct voting. Attorney General Brnovich is moving to intervene on this matter on behalf of the State because defendant Secretary of State Hobbs has announced that she does not support an appeal.

As noted in today’s filing, Attorney General Brnovich moves to intervene in this matter, assuring the State’s interest in retaining its “broad authority to structure and regulate elections,” is fully preserved and that there is no possible procedural hindrance to Supreme Court review of the matter. The Attorney General is empowered by Arizona law to seek intervention in federal court on behalf of the State.

Earlier this month the Ninth Circuit Court of Appeals granted Brnovich’s motion to stay the Court’s mandate in the DNC v. Hobbs case. The stay ensures Arizona’s ban on ballot harvesting and the law regarding out-of-precinct voting will remain in place until the U.S. Supreme Court has a chance to hear the appeal of the case.

Before the 2016 election, the U.S. Supreme Court stayed the Ninth Circuit’s election-eve injunction against the enforcement of Arizona’s prohibition on ballot harvesting and out-of-precinct voting following a lawsuit filed by the Democratic National Committee, the Democratic Senatorial Campaign Committee, and the Arizona Democratic Party. The State then prevailed at trial.

A copy of the Motion to Intervene.