After Witnessing 3 Months of Biden’s Stumbling and Bumbling, China Declares It Is Now “Ready to Defeat” the US 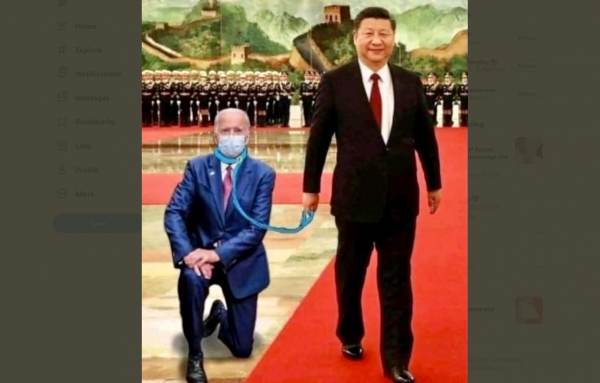 Didn’t they defeat the US when they helped get Biden installed in the White House?

The Chi-coms issues their deadliest warning yet this week declaring they are now “ready to defeat” the United States.

That’s what Joe Biden will get you. And unfortunately, the Democrat Party likely thinks this is good news.

And just think, just a little over a year ago, President Trump had crashed their economy and had moved manufacturing back to the United States.
Then came the China virus and the rest is history.

China has pledged to rapidly defeat the US in a military conflict in one of the country’s most explicit warnings yet. China’s Global Times, which is seen as a Government news outlet, published an editorial revealing the threat in response to joint military drills carried out by the US. The US joined drills with Japan, Australia and France this week in an intended show of force against Beijing.

However, instead of backing down, China appears to have been rattled, prompting a fierce rebuke in Beijing’s state-run newspapers asserting confidence in Chinese military superiority.

RT America’s Alex Mihailovich said: “The Global Times put out an editorial saying the US would be defeated if any conflict broke out in the South China Sea.

“However the drills appeared to irritate China rather than contain it.”